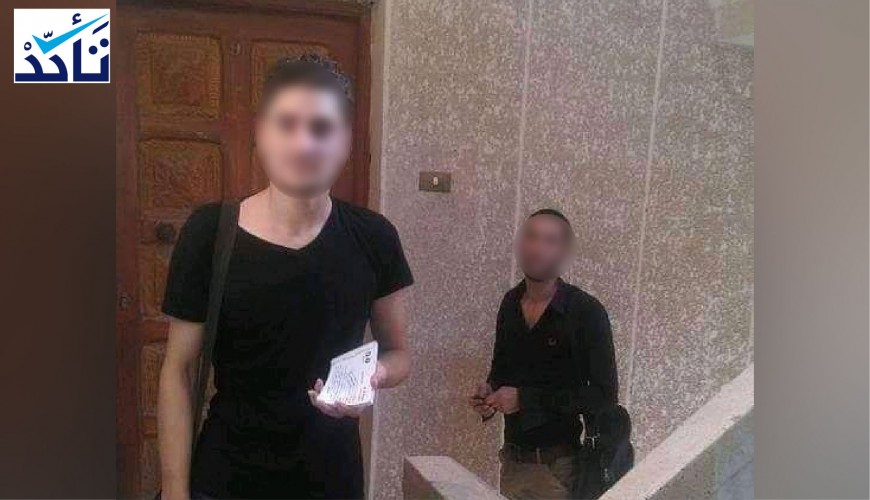 A Facebook page called "E'lanat Dimashq" (Damascus Advertisements) has posted a photo of two young men standing in a building, warning that they pose a threat to inhabitants because they are child rapists and thieves.

The page has claimed that these two individuals visit homes under the pretext of being members of the Deaf and Dumb Association, calling on inhabitants to report them to authorities.

A reverse image search of the photo used in this post shows that it circulated on Facebook in 2015, and said to be of two imposters collecting money in Egypt's capital Cairo by pretending to be of "the National Gas Protection."

Our platform could not verify the identity of these individuals or the accusations against them. However, the fact that this photo circulated 4 years ago refutes the claim that it was recently taken in Damascus.