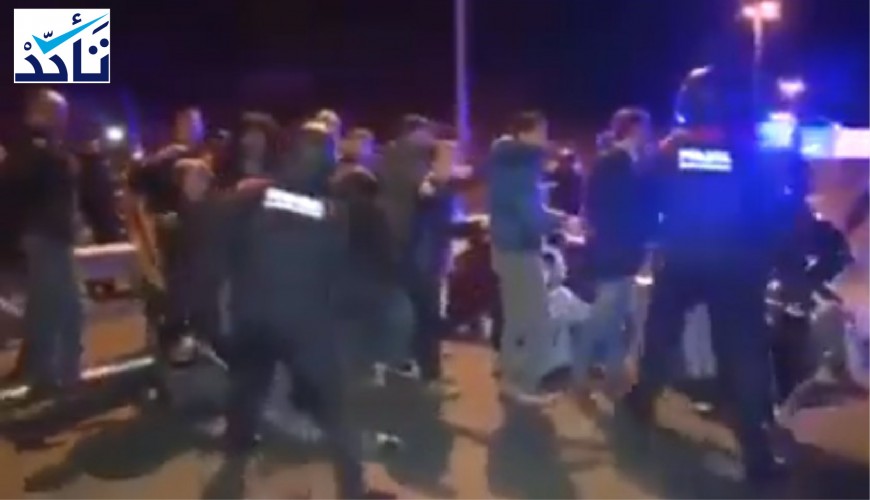 Social media pages and accounts shared recently a video of a group of people being beaten, and said that for "the police attack on immigrants at the Turkish-Greek border," without any additional information.

In the video, it appeared to be of the police beat people with batons sitting while in the middle of the road while the victims are screaming.

Verify-Sy verified the video and found that the uniforms of the police officers in the video have (Policia..Mossos d'Esquadra) which refers to the local police forces in Catalonia, Spain.

Photo of the police uniform as appeared in the shared video 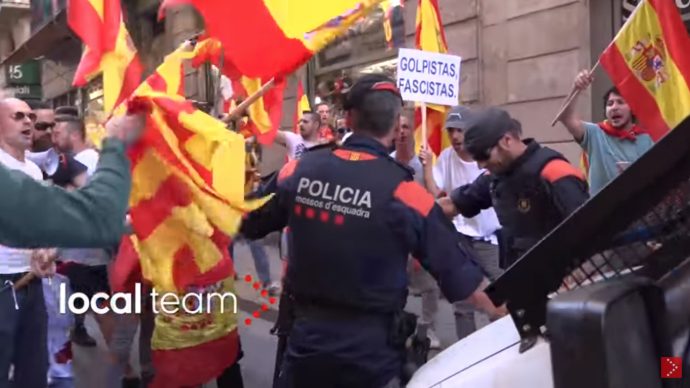 Photo of the Catalan police (Source is Local Team Platform)

Verify-Sy team also found the same video was posted on YouTube last year, as an "attack of the local police in Catalonia against the protesters demanded the release of political prisoners."

Catalonia region in northeastern Spain is an autonomous region with its own parliament flag, national anthem, language and its own police force.

Worth to mention that the Spanish police had arrested a number of prominent officials in Catalonia, before and after the referendum announced by the local government of the region organized in 2017, in order to secede from Spain.

The Catalonian parliament announced secession of the territory from Spain in October 2017, which led to the outbreak of clashes between Spanish police and the Catalan separatists before the Spanish Senate declared the activation of an article in the constitution, under which the administration of Catalonia was transferred to the Central Government in Madrid.