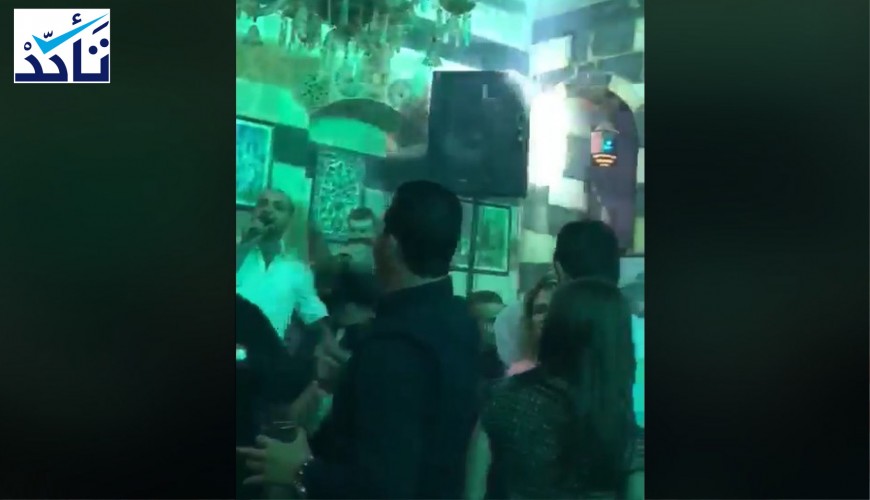 This Video Was Taken In Restaurant in Syria, Not in Shiite Mosque in Lebanon

Social media pages have shared a video of people dancing to a song, which lyrics contains phrases of a religious Shiite song, claiming that the video was recorded in a husseiniya (Shiite mosque) in Lebanon.

A singer appears in the video, in addition to women and men dancing to a song punctuated by phrases said by followers of the Shiite sect at some religious events such as “we are at your service, Zainab.”

Verify platform inspected the video, and found out that it was taken in a party by Syrian pop singer Baha’ Yusuf in a restaurant called “Kasr al-Narjes” in Damascus’s Bab Toma neighborhood last year on Palm Sunday, according to the artist.

The video kicked off a wave of controversy on social media; some Facebook pages and accounts considered that “turning the latmiah into a dance song is an insult to Sayyidah Zaynab.” Latmiah is Shiite chanted verses mourning Muslim icons.

The widespread sharing of the video caused performer Baha’ Yusuf to apologize along with a Lebanese persons who was seen in the video doing the latmiah during sitting next to actor Sausan Michael.

Of note, unidentified attackers burned the Kasr al-Narjes restaurant hours after sharing the video on social media. In addition, a photo of a poster, distributed by unidentified persons, calling for Yusuf to be banned from entering the Ancient City of Damascus circulated on social media.

Palm Sunday is a Christian moveable feast that falls on the Sunday before Easter. It commemorates the entrance of Jesus into Al-Quds (Jerusalem), according to Christian sects.