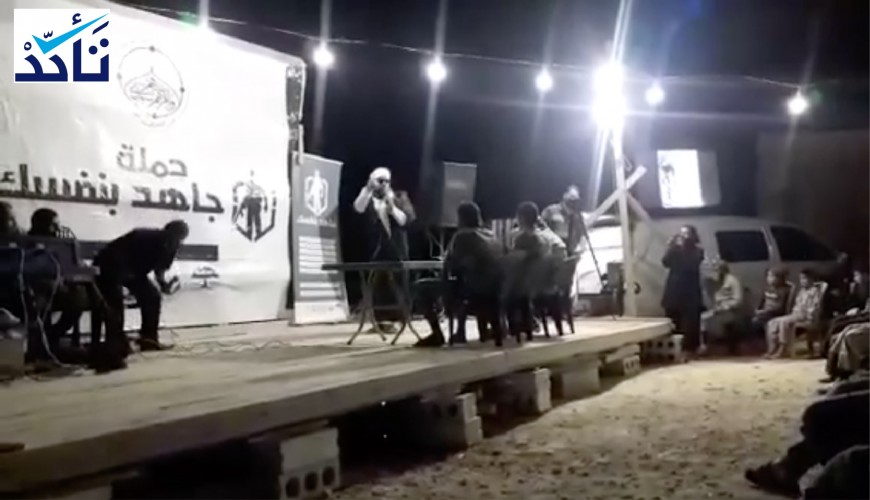 Truth Behind Video of “Shiite Cleric Incites to Kill Sunnis”

A video of a man seemed to be a Shiite cleric delivering a Khutba – an Islamic sermon – has circulated on social media. The sermon incites hatred between the Sunni and Shiite sects.

“Beloved people... We want to inform you that you are heading for a holy war. To Syria, to Sham (the Levant), to kill the Sunnis,” the man who tries to use the Iraqi dialect says in a videotaped sermon. “You are taking revenge against the Umayyads . You are the Shias; Shias of Iran, Afghanistan, Hezbollah, Lebanon, and Palestine. You are heading to Sham, to a holy war. We are preparing you for demolishing their mosques and building husseiniyas.” A husseiniya is the name of a Shiite mosque.

The video ends with him saying, “If there are men among the Sunnis, they must come forward.”

The video has gone viral on social media with thousands of comments and shares.

Verify platform inspected the video and reached the conclusion that it was omitted from a proselytizing media campaign by Hayat Tahrir al-Sham (HTS) in Sarmada city, Idlib’s countryside, not a Shiite cleric in Iraq, contrary to what has been claimed.

The so-called “Public Shura Council” launched the campaign on September 6, in Idlib Governorate, and aims to attract civilians and urge them to fight with HTS.

According to “Ebaa”, a news agency with close ties to HTS, the campaign titled “Jahed Benafsak” (Strive Hard by Yourself), which aimed to organize public meetings, visual presentations, and sermons in over 16 city and town in the HTS-held areas in northern Syria. These areas include Idlib’s Sarmada and al-Dana cities in the countryside of Idlib, Daret Ezza in the countryside of Aleppo, and IDPs camps.