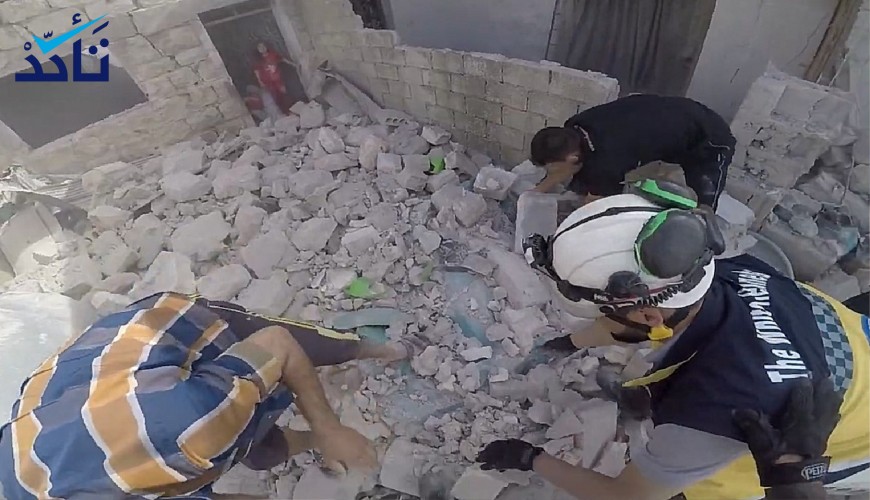 This Video Is Unrelated to Recent Battles East of Euphrates

Social media pages close to the Democratic Union Party (PYD) have circulated a video of children who were crying inside destroyed building, with a text that reads, "Peace to Rojava," referring to areas in Northern Syria controlled by PYD, which is known among Kurds as Rojava or Western Kurdistan.

Circulating the video has coincided with a Turkish military operation, "Operation Peace Spring," in these areas, which is being carried out by Turkey and its allies from the armed Syrian opposition.

Individuals wearing the uniform of the Syrian Civil Defense, the White Helmets, appear in the video trying to help children who were crying inside seriously damaged houses; there is no indication of where or when the video was taken.

Verify-Sy platform inspected the video and reached the conclusion that it was not taken in the PYD-held areas; the footage was taken from larger video of rescuing children and civilians following an airstrike by the Assad regime and its allies against the city of Ma'aret al-Nou'man in Idlib's countryside last May.

Since launching the Turkish military operation, Verify-Sy have spotted dozens of news reports, photos, and video that were unrelated to the ongoing battles there.