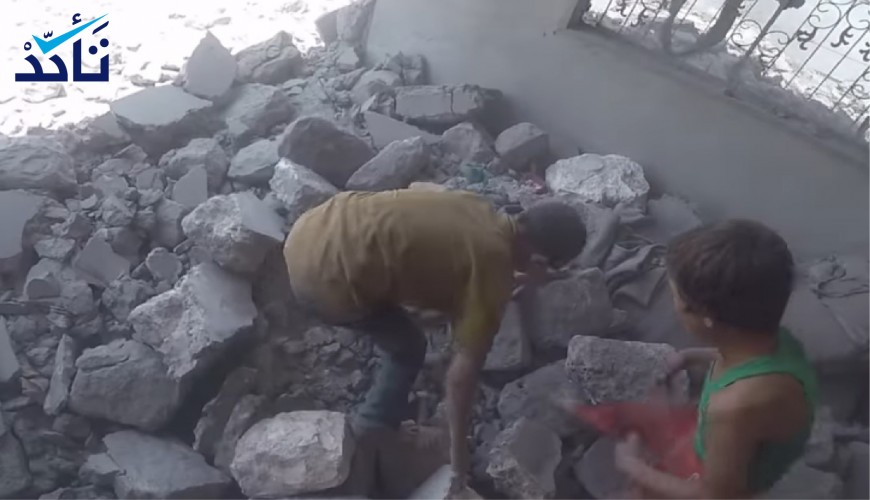 These Children Are Victims of Assad and Russia Bombardment, Not Victims of Turkish Army

A news page posted Friday, October 11, a video in which two members of the White Helmets appear pulling out a child from under the rubble. 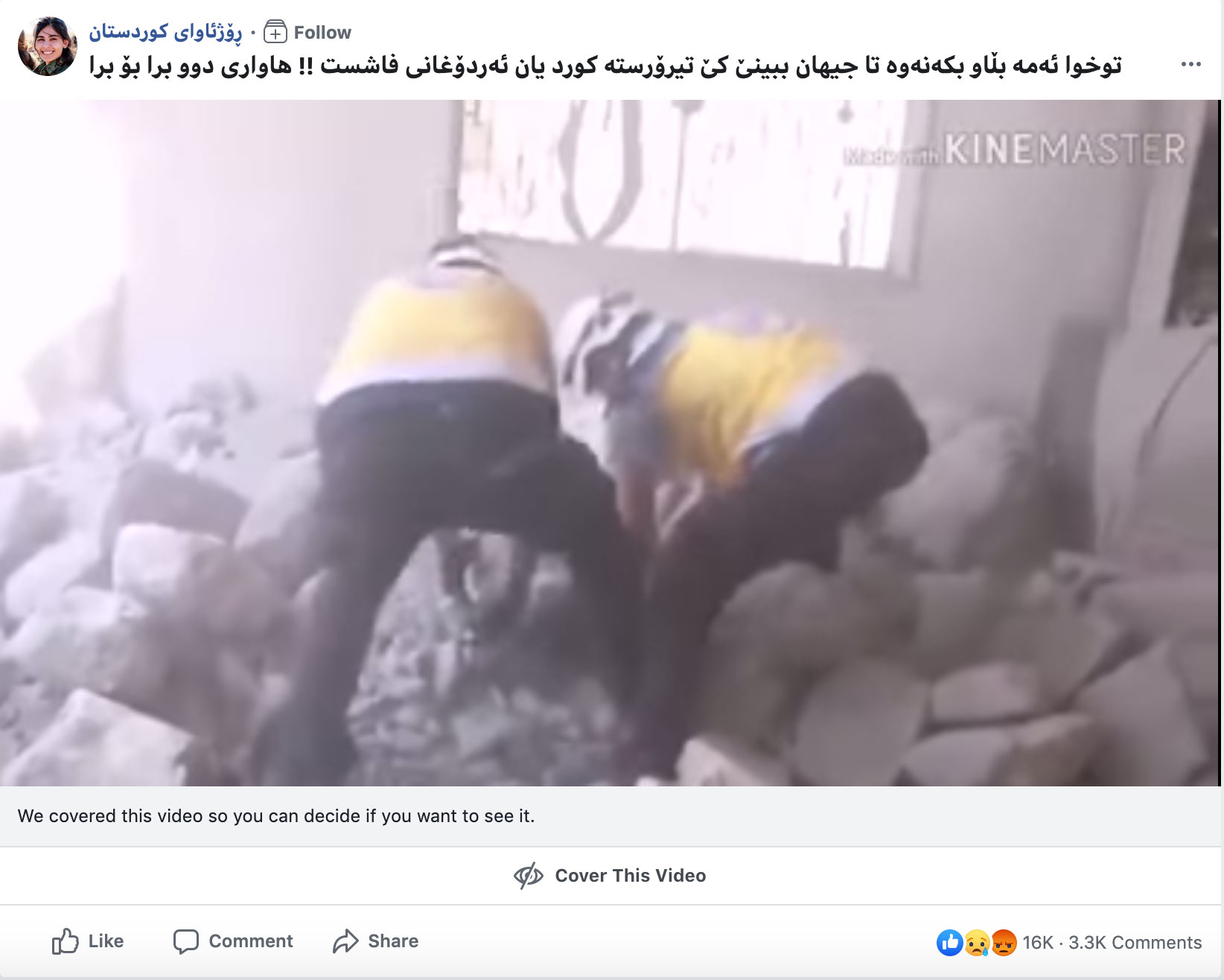 “Two children begging to rescue their little brother from under the rubble, after a fascist Turkish shelling that targeted Kurds  in Rojava,” the post reads.

Verify-Sy searched for the original video and found that it was taken after the Assad regime and Russia airstrikes against Idlib’s countryside. The Syrian Civil Defense, the White Helmets, posted the video on June 15 on its Facebook and YouTube accounts.

The White Helmets said that the video is of the first moments of the arrival of its team to the location attacked by an airstrike that targeted civilians in the city of Ma’aret al-Nou’man in Idlib’s countryside.

Of note, the White Helmets currently operates in Idlib province and parts of Aleppo’s countryside; it does not operate in the areas held by the Syrian Democratic Forces (SDF) or the Democratic Union Party (YPG) east of the Euphrates.

Since the beginning of the Turkish offensive last Wednesday, Verify-Sy team has debunked a number of fake news reports, fabricated photo, and misleading videos by publishing written and visual reports on its website and social media accounts.