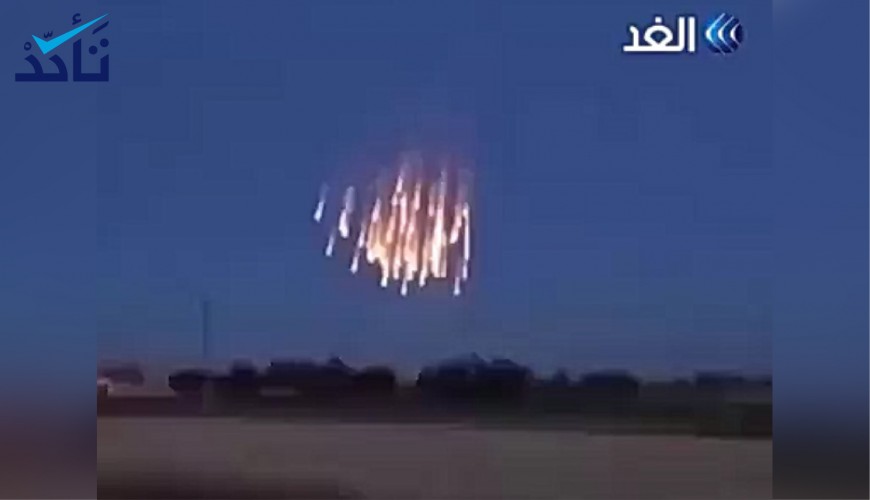 Al-Ghad Tv Channel posted a video Wednesday, which shows airstrikes on a residential area, claiming that it shows Turkish shelling that targeted the Syrian city of Ra's al-Ayn during the Turkish military operation northeast Syria.

The footage shows fires and dozens of bombs being dropped; it is not clear which party carried out the shelling.

The channel later removed the video from its Facebook account. Other social media pages and accounts, however, reposted the video and said that it shows how the Turkish army used internationally-banned weapons in the Syrian city of Ra's al-Ayn, after failed attempts to advance inside the city.

Verify-Sy checked the credibility of the video and concluded that it is unrelated to the battles east of the Euphrates; it shows airstrikes, believed to be Russian, which targeted with cluster bombs the Khan Tuman district west of Aleppo in June 2016.

According to Turkish Anadolu Agency, that previously posted the video, the airstrikes resulted in the death of two children and injuring others.

Since the beginning of the Turkish military operation, many misleading videos, which were debunked, were published by different media agencies.

ABC News had broadcast a video that shows a machine gun event held by Knob Creek Gun Range. The agency later took down the video and apologized for the error.

Of note, the Turkish army announced seizing control of the city of Ra's al-Ayn; the Syrian Democratic Forces (SDF), however, denied the news, while media agencies reported on continuous battles in the city.