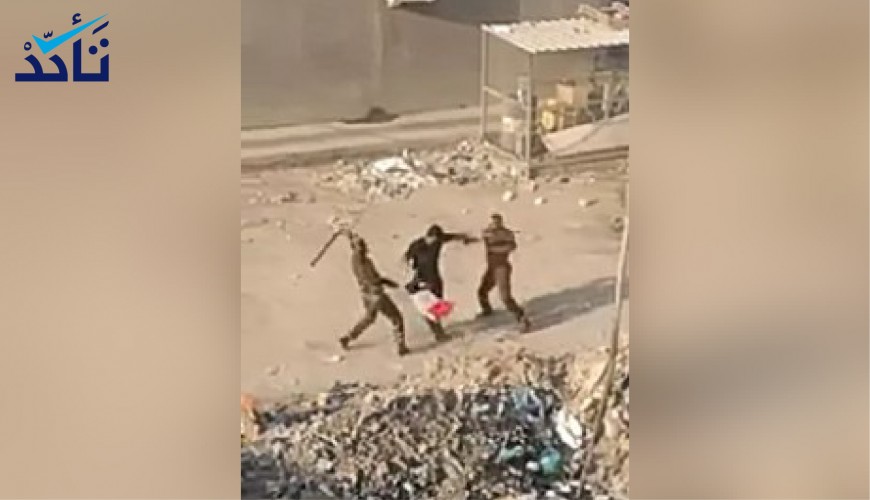 This Video Was Taken in Iraq, It Doesn't Show Pursuing Assad's Death Squads in Manbij

Social media accounts circulated a video of what seems to be security agents pursuing a person holding a flag colored as the flag of the flag of the Assad regime, claiming that it shows members of the Syrian Democratic Forces (SDF) pursuing Assad's death squads (Shabiha) in the city of Manbij. 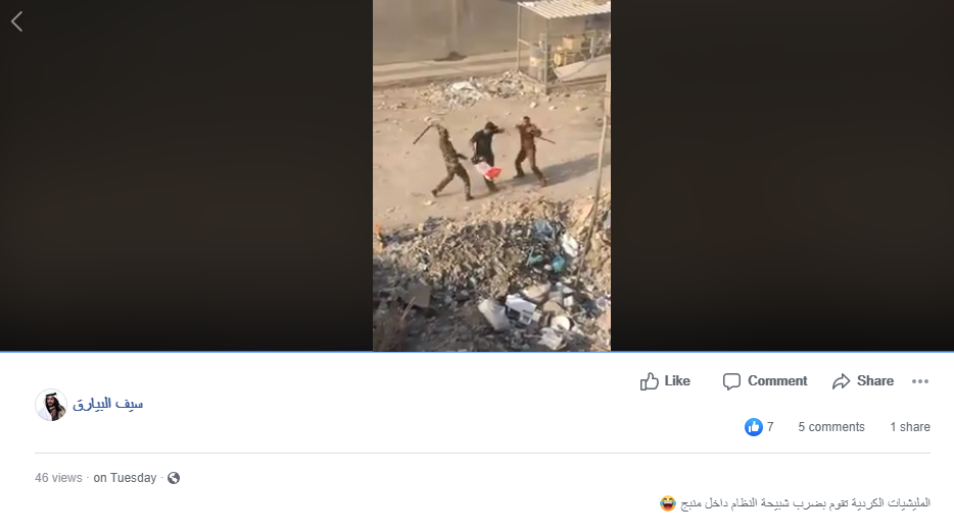 Three persons dressed in military uniform can be seen surrounding the person who holds the flag, before they hit him with batons.

The Shabiha, or Assad Death Squads, is pro-Assad regime paramilitary that have contributed to brutally oppressing the peaceful demonstrations in Syria. Shahhiha has also supported the Assad army in its battles against the Syrian opposition factions.

Verify-Sy checked the credibility of the video and found that it was not taken in Syria. It was actually taken in Iraq, and it shows Iraqi security agents assaulting an Iraqi protester, during recent demonstrations in the province of Babylon.

According to a statement issued by Iraqi Interior Ministry, the agents who appeared in the video were arrested, and the ministry formed a committee to investigate the incident.

Recently, the Assad regime forces entered the city of Manbij, after a deal with the SDF that controlled the city since expelling the ISIS organization from it in August 2016; SDF later withdrew from the city, which was controlled again by the Manbij Military Council

Demonstrations erupted in Iraq's capital, Baghdad, early this month against corruption; the demonstrations expanded to include other provinces, and resulted in the death and injury of dozens.