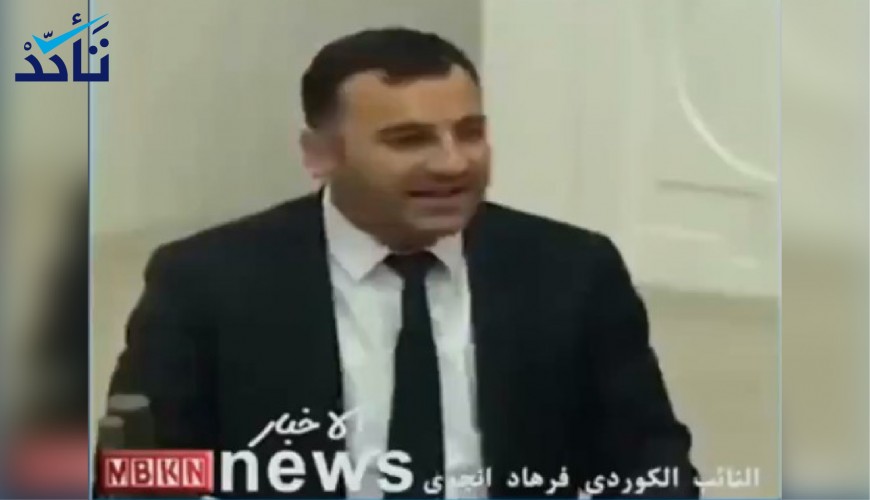 A video of former Turkish MP Ferhat Encu has circulated on social media. It has been claimed that it shows Encu attacking the policies of Turkish President Recep Tayyip Erdogan and the Turkish military campaign in northeast Syria.

Saudi businessman and tweeter Monzer Al al-Sheikh Mubarak has posted the above-mentioned video on October 13, along with a text which reads, “After the Turkish assault, a member of the Turkish parliament, in the middle of the grandchildren of Mongols, telling them you are the Mongols of this land, it is our land.. Strong words that brings joy for every freeman, and brings pain for every obsequious and low person,” adding “this is the truth of Erdogan and his ancestors. You can imagine how much dignity those who were humiliated for herbivores!!”

Al-Hadath TV channel, an extension of Al-Arabiya News Channel, has posted the video on October 14 on Twitter, claiming that its shows “a Kurdish MP describing the Turkish army as murderous.”

Egyptian news website “Alyoum Alsabea” has also posted the video in a news report titled, “Turkish MP inside Turkish Parliament Exposes Erdogan’s Crimes: You Are The Ones Who Kill Civilians.”

Verify-Sy team inspected the viral video, which has thousands of views on social media and news websites, and reached the conclusion that it is not a new one and was not recorded after the beginning of the recent Turkish military campaign in northern Syria; in fact, it dates back to 2016.

Then Turkish MP Ferhat Encu delivered a statement about a bill proposed by members of the Justice and Development Party (AKP) to remove the legal immunity of members of the Peoples' Democratic Party (HDP), under the pretext of accusing the Turkish government of having ties with “terrorist organizations.”

Verify-Sy team translated Encu’s speech and found that it is unrelated to the alleged translation, which suggests that Encu attacked Erdogan and the Turkish military operation in Syria.

Turkish MP Ferhat Encu expressed his opinion about the bill, saying that “it has no practical value,” then he talked about the civilians who fell due to the widely-known Roboski airstrike incident in 2011.

Turkish newspapers says the incident happened due to false intelligence; a Turkish airstrike, which aimed to target four Kurdistan Workers' Party-affiliated smugglers, resulted in the death of 34 civilians.

Other MPs raged when Encu, at 2:48 of the video, accused the Turkish national security forces of deliberately attacking civilians. They said that “the security forces doesn’t commit murder, it fights terrorism.” In addition, the speaker of the parliament urged Encu and other MPs to use “clean language,” asking Encu to respect the law of the parliament.

Sada al-Balad news website has published the same video with an addition scene, claiming that it shows arresting Ferhat Encu from his house, under the pretext of his speech at the parliament.

Verify-Sy checked the claim and found that the additional seen shows inspecting Encu’s house in 2015, months before his speech. The inspecting came as part of a Turkish anti-terrorism security campaign .