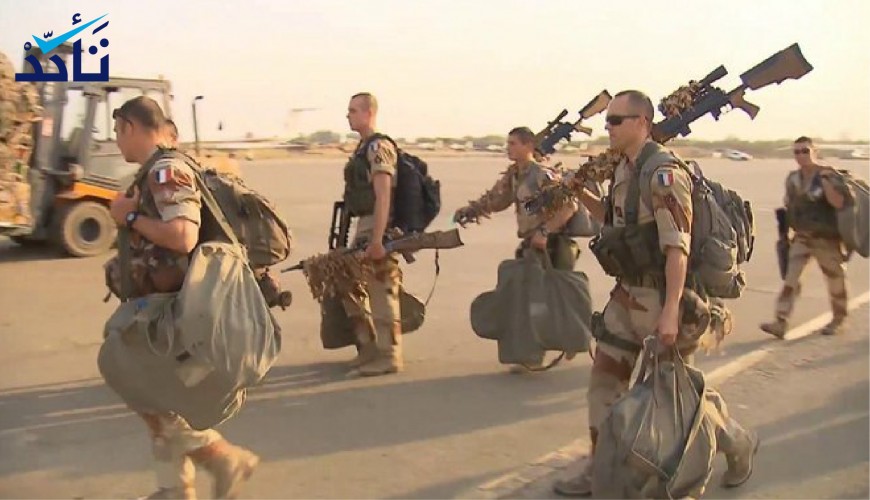 Media outlets and social media websites have recently circulated a photo of what they claimed to be the withdrawal of the French troops from the city of Manbij in northeast Syria.

Twitter account @SuriyeOperasyon has posted the photo Sunday with a text that reads, “The French (troops) were beginning to withdraw from Manbij.. When the house owner comes back to his house, children withdraw.” The tweet has gone viral with over 1200 likes and 262 retweets.

A Polish news website called “KODLUCH” has published the above-mentioned photo Saturday, with a description that reads, “France withdraw from Syria,” without providing any further details.

Verify-Sy inspected the circulated video and found that it does not show the French troops withdrawing from the city of Manbij. A reverse image search of the photo traced it back to different publications in the past years.

A Russian website published the photo in 2013, in a news report about the withdrawal of the French troops from the Republic of Maly, without providing a description of the photo.

France carried out a military intervention in Mali, January 2013, against militias attached to “al-Qaeda.”

The city of Manbij is located in the west of the Euphrates, and has been controlled by the Syrian Democratic Forces (SDF) since August 2018, after expelling the ISIS organization from it.

French and U.S. troops of the global Coalition against Daesh (ISIS) are deployed in the strategic city.

Tensions arose in Manbij during the last week, after the Global Coalition – that includes U.S. and French troops – announced its withdrawal from the Aun al-Dadat military base, in which the troops were based in Manbij.

Assad regime troops approached the city following the announcement, after the SDF-led Autonomous Administration had announced an agreement with the regime to handle the latter areas in northern Syria to face the Turkish military operation.

The Assad regime forces withdrew from the city of Manbij 8 days ago after hours of entering it, which coincided with publishing videos of Russian patrols inside the city.

At the same time, Turkey announced that Manbij will be included in the Turkish military operation in northern Syria.