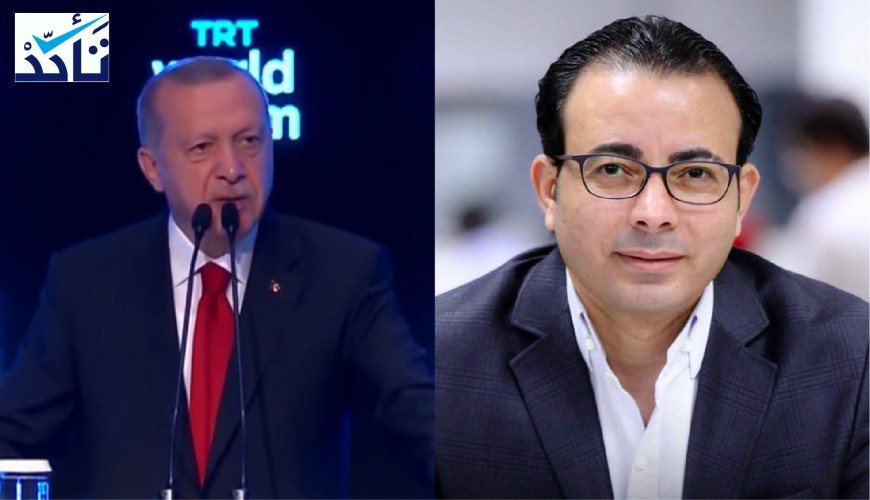 Egyptian newspaper Youm7 published an opinion article titled “Erdogan Officially Admits: We are in Syria and Libya Because They Are Our Ancestors' Legacy.. Have you understood the agenda?!”

The writer, Dendrawi al-Hawwari, has claimed that Turkish President Recep Tayyip Erdogan recently said in a speech delivered at TRT World Forum in Istanbul that “Turks are in Libya and Syria for their rights, and the rights of their brothers in the future.. Turks are in their geo/graphy out of respect for their ancestors' legacy, they are descendants of ‘Yunus Emre,’ referring to the famous ottoman judge.”

Verify-Sy translation team checked the whole speech delivered by the Turkish president and found that the Egyptian writer has distorted the speech.

At the 11th minute he said: “I want to say once again that turkey has no ambitions in territory that does not belong to it in any country, note well, we consider this as a big insult for us. We are just trying to defend our rights and the rights of our brothers who are an integral part of us. We do not have any other aim. We do not want injustice or murder to be done, this is not part of our history.”

“Everybody might be in Iraq, Libya, Syria, Africa, or the Balkans for several reasons, but Turkey is there just to share the fate with its brothers in these areas. This stance cannot be understood by those who think that a drop of petroleum is more important than a drop of blood, as Yunus Emre is our master, and we are of his descendant,” the Turkish president added.

Ties between Ankara and Cairo have been strained since the late former Egyptian President Mohamed Morsi was overthrown. Erdogan recently called his Egyptian counterpart Abdel Fattah el-Sisi the murderer of democracy in his own country, after the Egyptian Foreign Ministry had criticized the Turkish military action, “Operation Peace Spring,” against the Democratic Union Party (PYD) in Syria.