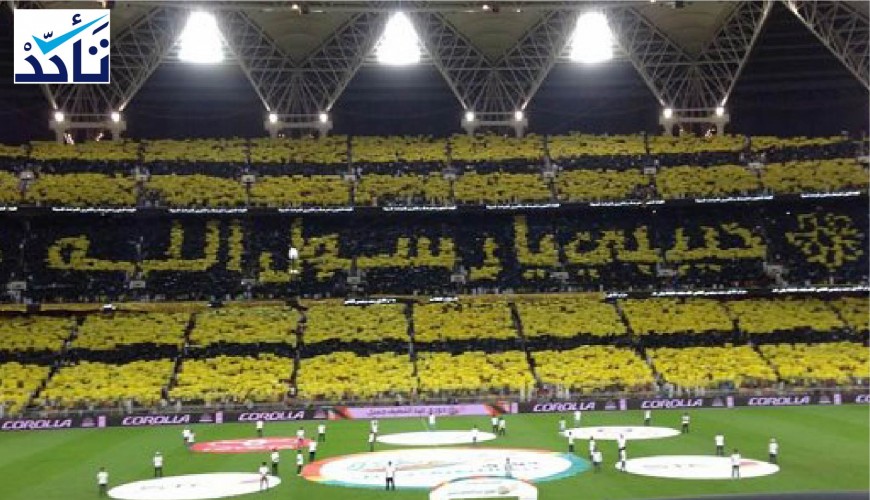 It has been claimed that “Borussia Dortmund team honors Prophet Mohammad (peace be upon him) by forming a human mosaic, singing The Full Moon Rose Over Us nasheed, and loudly chanting and clapping, praising the prophet of Allah from a non-Islamic nation that respects and reveres the prophet of humanity and humans.” Nasheed is a work of vocal music that is either sung a cappella or accompanied by percussion instruments such as the daf.

In the video, the fans can be seen creating a tifo of and Arabic-language phrase “Habibi Ya Rasoul Allah” (O Messenger of God, You Are My Love) in a football stadium. The Full Moon Rose Over Us nasheed, which is a traditional Islamic poem that the Ansar sang for the prophet of Islam, can also be heard sung in Arabic.

Verify-Sy inspected the video, and found that the claims are false. In fact, the video dates back to 2015 and shows the fans of Saudi Arabian club al-Ittihad.

Fans of al-Ittihad created the phrase before their club’s match against al-Shula in al-Jawhara football field in Jeddah, February 20, 2015, during the 16th round of the Saudi Professional League.

Footage of the same event:

German Football Club Borussia Dortmund, or BVB, was founded in 1909. It is based in Dortmund, North Rhine-Westphalia, and has been very popular around the world.

Of note, yellow and black are the colors of al-Ittihad and BVB football clubs.