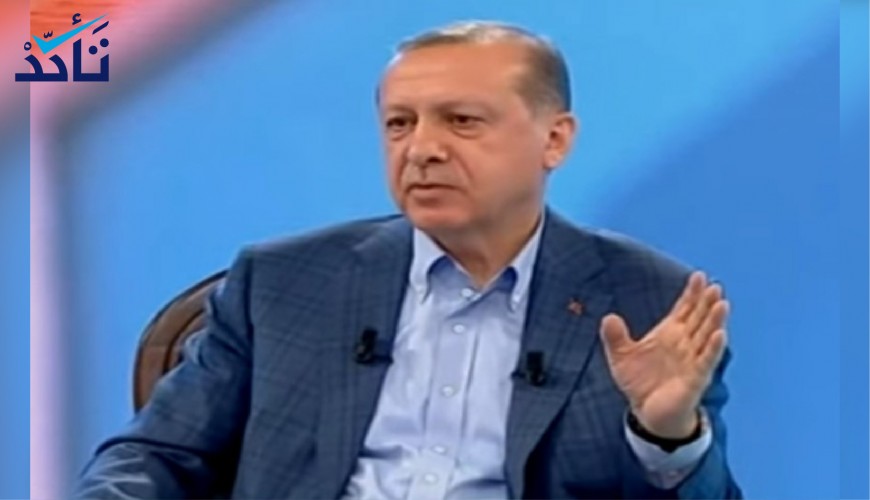 Did Erdogan Say Coup Schemers Searched For Him While He Was in Plane But They Couldn't Find Him?

“Footage of Erdogan talking about how God did to him the same as what he did to the prophet, peace be upon him, and Abu Bakr inside Ghar Hira (Cave of Hira),” the article reads. “He says when I fled by an airplane from the rebels, they entered into the airplane searching for me, God struck them with blindness and they did not see me, even though I was in front of them.”

The same claims were previously circulated; in last March, newspaper Sada al-Balad claimed that Erdogan said that “the rebels entered the airplane where he was, but they did not see him despite that he was in front of them.” Besides, Saudi media professional Adel al-Farraj posted the video on Twitter with subtitles that claim that the Turkish president said   that the coup schemers searched for him but could not see him. Also, TeN TV – in the same month – reported that the Turkish president narrated how he had hidden himself in the back seats for the schemers not to see him.

Verify-Sy inspected the claims, and found that the recording was taken from an interview of the Turkish president in April 2017 on ATV and A Haber channels, during a youth event at Medical Sciences University in Istanbul. In addition, our translation team found that the above-mentioned claims that Erdogan said that coup schemers searched for him in the airplane but could not see him are false.

Answering a question at the forum, Erdogan narrated his narrative about the events on the night of the coup bid, on July 15, 2016, saying that he headed to the Turkish town of Dalaman. “Later, it turned out that they (the schemers) had come to Dalaman and searched our airplane, but then exciting things happened. They came to our place, searched our airplane and then left, we did not know about them. We immediately went to the place, and later knew that they came and left,” he said.

Of note, coups d'état in Turkey overthrew four governments since the establishment of the republic in 1923, the first of which was in 1960, when a group of military officers staged a coup against the Government of Prime Minister Adnan Menderes. The schemers formed the National Unity Committee headed by General Cemal Gursel. The committee detained officials, military officers and leaders of the ruling party chaired by Menderes, who was executed with 15 of his comrades.