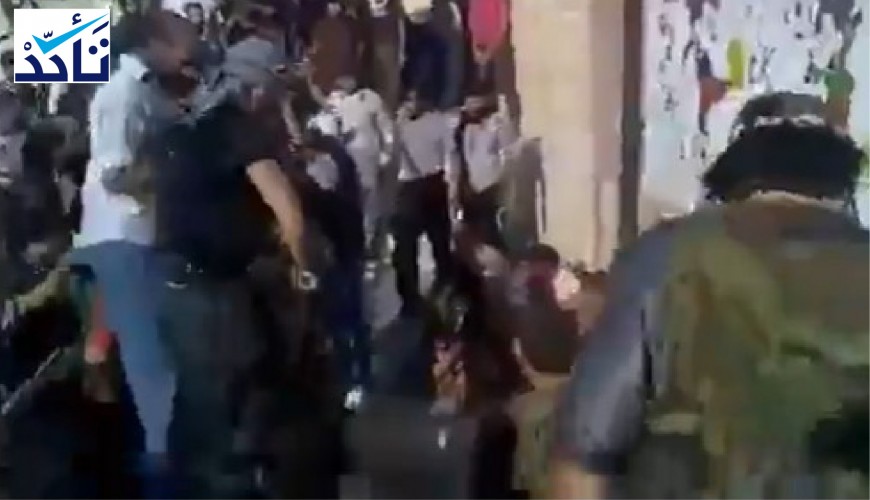 Facebook pages circulated footage that shows gunfire in a square of a building, reporting that it shows executions of civilians in the areas recently captured by Turkey in northern Syria.

The video shows armed men dressed in military uniform shooting at other people, which coincided with “Allahu Akbar” shouts.

Verify-Sy platform inspected the video and found that it is not related to the recent Turkish military campaign east of the Euphrates or the Turkish-backed opposition factions. In fact, it shows the incident of executing a man called Zaino Barry by opposition factions in late July 2012.

After seizing control of large portions of the city of Aleppo in 2012, opposition armed groups arrested members of the Barry family; senior members of the family has been accused of forming and leading pro-Assad unofficial militias, which contributed to suppressing peaceful demonstrations in Aleppo.

In October, the Turkish army launched a military operation against the Syrian Democratic Forces (SDF) east of the Euphrates, by which it captured cities including Tal Abyad and Ra’s al-Ayn, before stopping the operation by Turkish-Russian-U.S. agreements.

Of note, the Turkish military operation coincided with a flow of misleading photos and video, many of which were debunked by Verify-Sy.