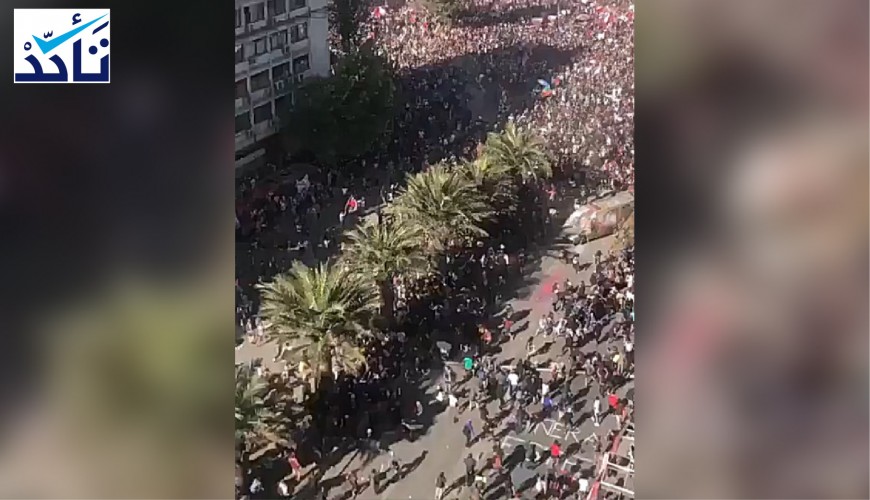 Footage of what has been claimed to be showing recent popular protests in Iran has circulated on social media.

The video shows dozens of protests attacking a security force vehicle at a street.

Saudi newspaper Okaz has tweeted the video on October 17, with a text that reads, “The Iranian people continues its revolution against the Malali regime.”

Verify-Sy platform inspected the video and found that it does not show protests in Iran.

In fact, it shows popular protests, which began months ago, in Chile's capital city, Santiago, in South America. The flag of Child can be seen in the video as clarified below: 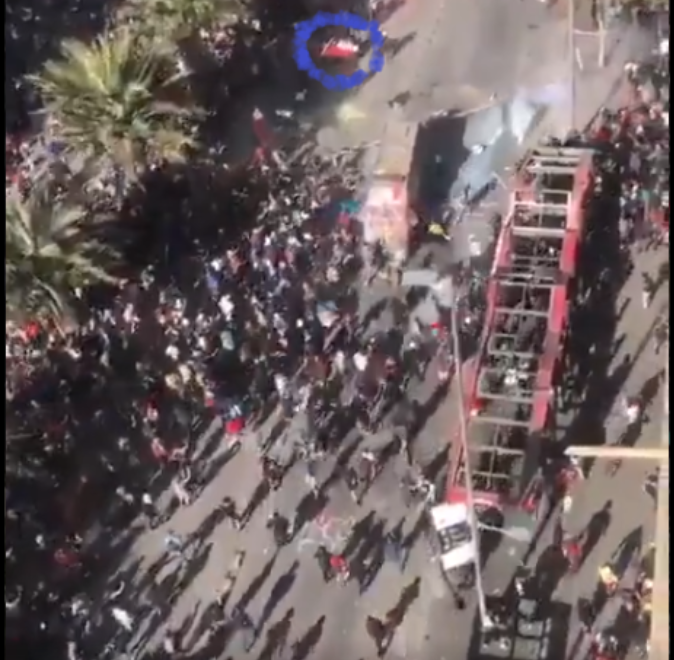 The video shows dozens of protesters attacking a vehicle of the Chilean security forces, which was dispersing protesters.

Peruvian TVPerú Noticias channel recorded a video of the same incident from inside the security force vehicle on November 14, 2019.

In addition, a Brazilian journalist tweeted the video on the same day.

Massive protests erupted in Iran on November 16, on the backdrop against raising fuel prices in the country; Iranian security forces killed and injured dozens of protesters, and arrested over 1,000 in the past two days.