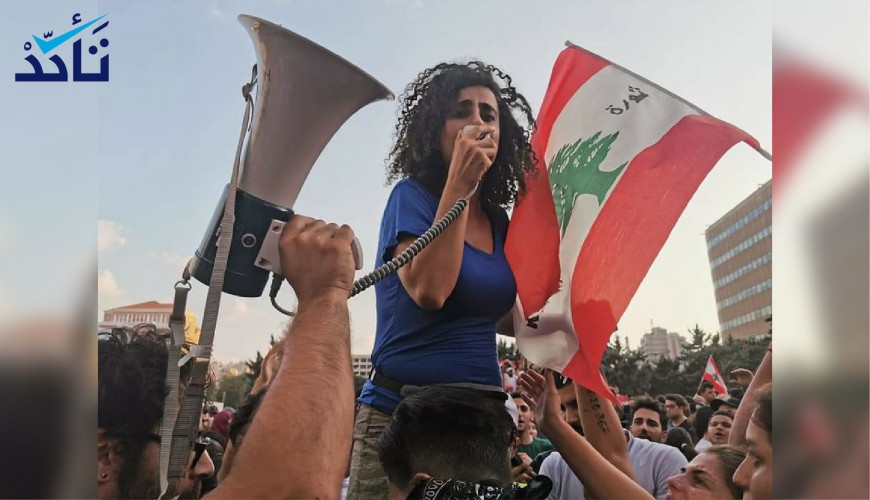 Pro-Lebanese authority parties pages and accounts have circulated a photo of a woman known as leading the anti-authorities protests in Lebanon, claiming that the woman shown in the photo is a Syrian woman called Hanadi Zahlout.

Some social media users have circulated a screenshot of Zahlout’s profile urging her to return and protest in Syria. 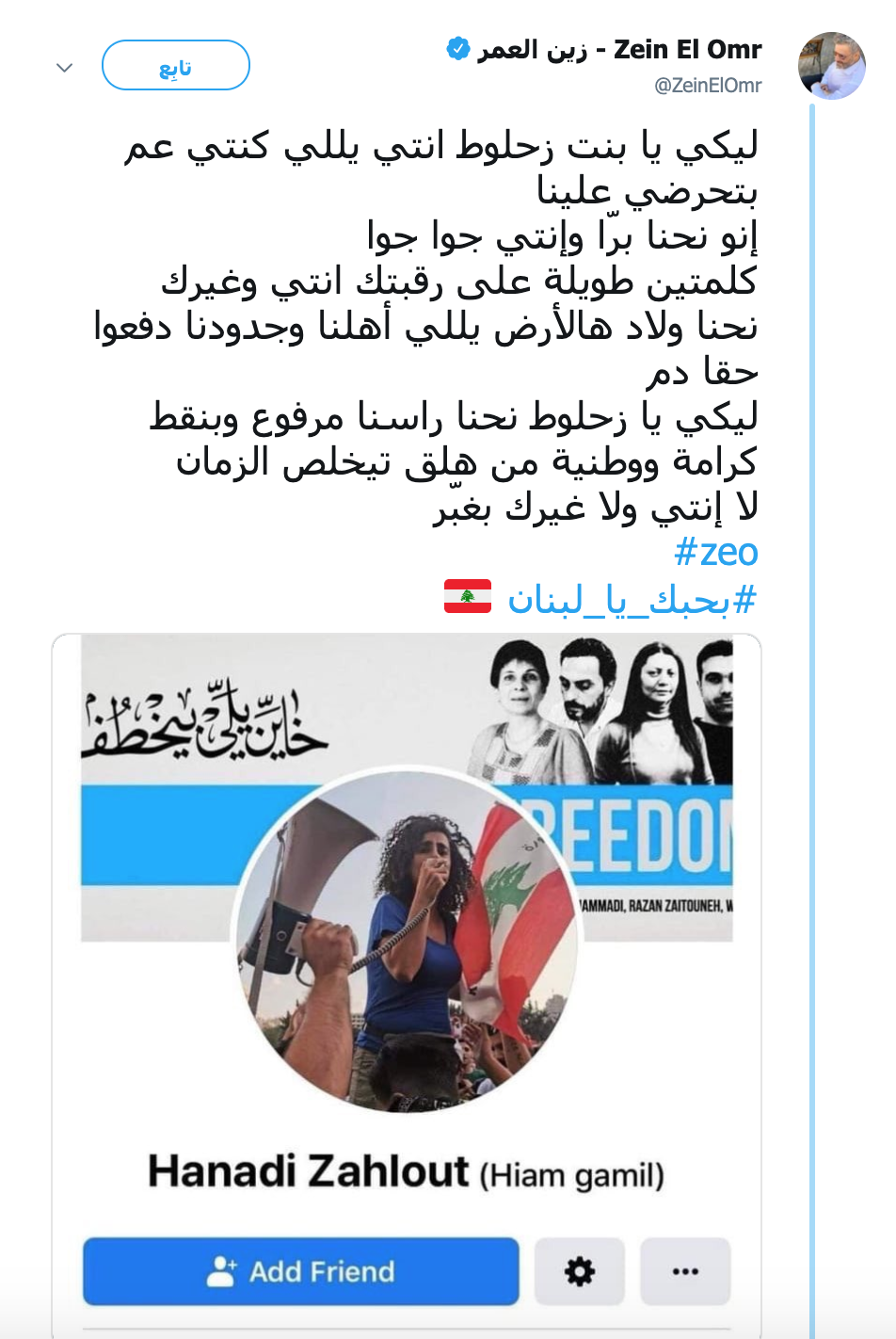 Verify-Sy inspected these claims and found that the Zahlout’s profile picture shows Nidal Ayyoub, a Lebanese activist who plays a leadership role in the anti-authorities and parties in Lebanon.

Ayyoub was arrested in 2015 along with 22 other activists from the “You Stink!” campaign, which demanded holding corrupt officials accountable and find solutions for the piling of garbage in Lebanon’s streets.

Besides, Hanadi Zahlout is a Syrian journalist; she changed her profile picture on Facebook as an expression of her support of and admiration for Nidal Ayyoub, Zahlout told Verify-Sy.

Zahlout said she has been receiving abusive messages from pro-Lebanese authorities or parties there, after the spread of the claims that she leads protests in Lebanon.

Protests erupted in Lebanon over a month ago, calling for the toppling of the Lebanese government, the resignation of Lebanon’s president, dissolving the Parliament, and holding corrupt officials and members of the political parties accountable.