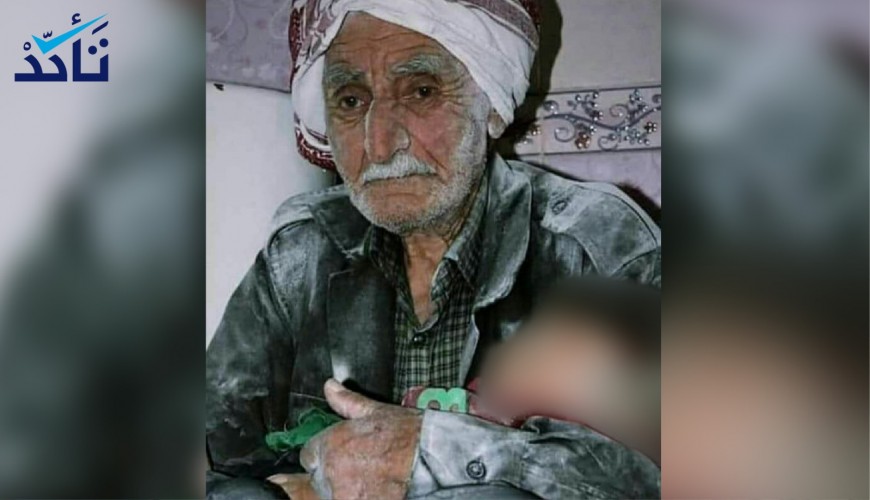 A number of social networks’ accounts circulated a photo of an old man and a little child, which was said to be of civilians in Qah Border Camp in the northern countryside of Idlib after being targeted by the Assad Regime Forces.

An elderly man covered in dust appears in the photo while holding between his hands a young child who seems to have been hit lightly in the head. Nothing in the picture indicates any details about neither the identities of these people nor the place or time of taking the photo. 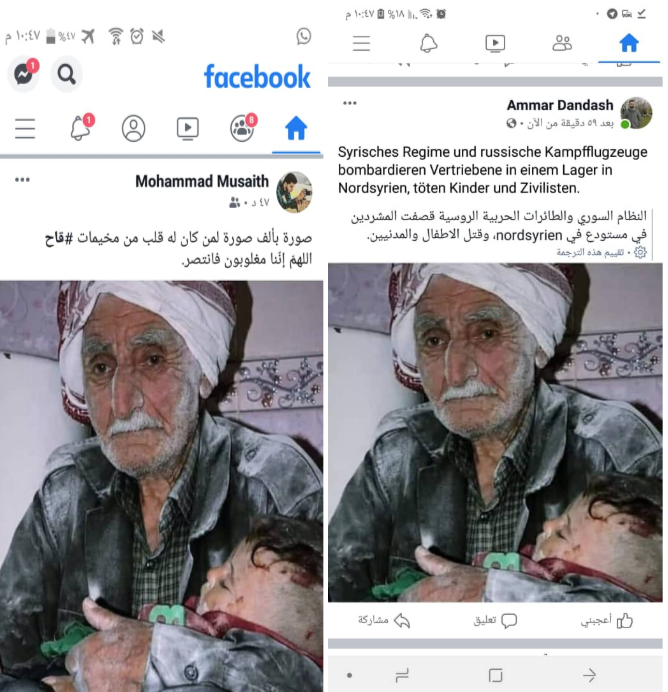 Verify Platform fact-checked this photo and found that it was published earlier in August of this year and was claimed to be of civilians whose house was shelled by the Turkish Forces in the Shirawa District which is under the control of Democratic Union Party (PYD) in the countryside of Afrin.

Verify Team was not able to verify the circumstances of the incident or validate its narrative. However, finding that the photo was circulated before back in August proves that it is not related to the bombing which targetted Qah Camps yesterday. 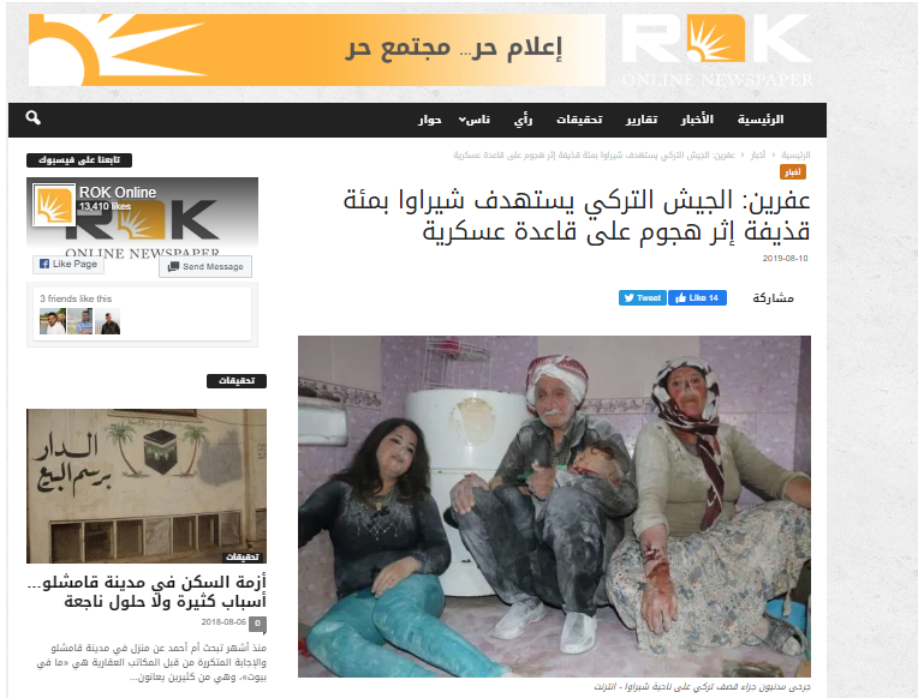 According to the Syrian Civil Defence (also known as White Helmets), 12 Civilians were killed and 20 injured among whom were children and women as a result of targetting Qah Camp yesterday by the Assad Forces with a missile loaded with cluster bombs. A considerable number of tents caught fire, as a result, causing significant material damage.