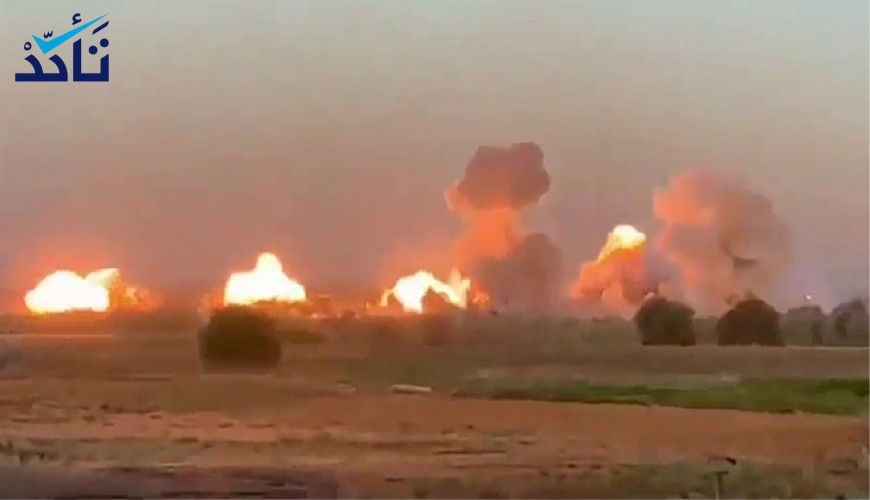 This Bombardment Happened in Iraq, It Isn't Russian Airstrikes in Idlib’s Countryside

Footage showing a series of explosions has been circulated on Twitter, which was claimed to be of a recent bombardment on Idlib's eastern countryside.

One twitter profile accused the Russian warplanes of carrying out the bombardment, without providing any accurate details about the allegedly attacked area. 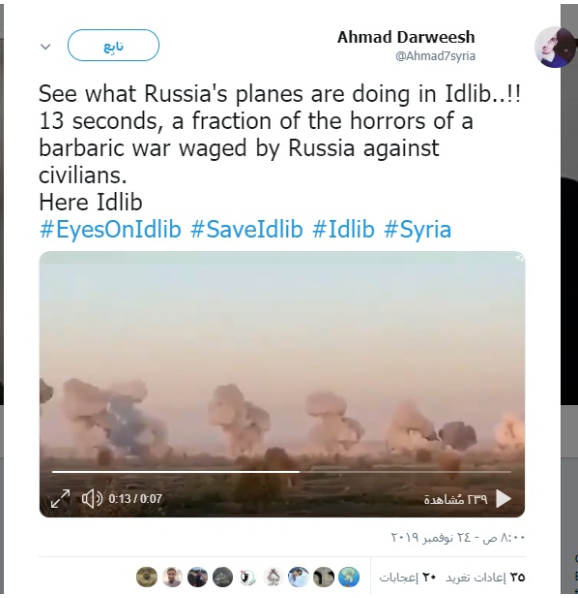 Verify-Sy Platform fact-checked the video and found that it shows aerial bombardment conducted by the Global Coalition on Qanus Island in the Tigris river in the province of Salah al-Deen northern Iraq.

The Global Coalition dropped 36,000 Kg of laser-guided bombs on that island last September, under the pretext that the island is full of ISIS fighters who use it to move from Syria into northern Iraq.

The Assad regime and its allies have once again intensified its attacks on towns and villages in Idlib, which resulted in civilian casualties.