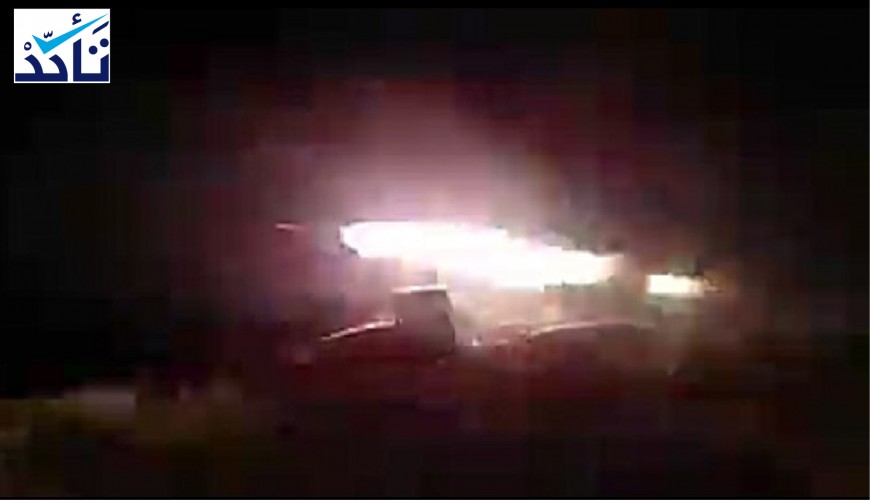 SomeTelegram channels and Tweeters have recently circulated a video recording shows a truck carrying a rocket launcher, which launches batches of rockets at night at an unknown destination. They have claimed that the footage shows bombardment carried out by opposition factions on positions of Assad’s forces and its foreign allies in Idlib’s countryside.

The video was posted along with a text that reads, “Opposition's rocket launchers and cannons hit the criminal Assad's gangs.”

Telegram channels posted the same video claiming that it is shows “Mujahideen's rockets hit the gangs of criminal Assad.” 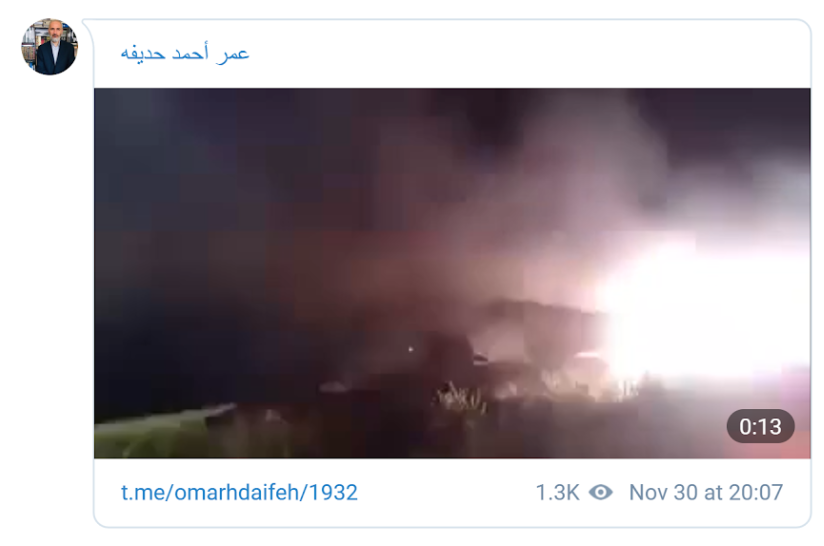 In addition, Turkish media outlets reported that the footage shows Turkish bombardment on positions of the Syrian Democratic Forces (SDF) as part of the Turkish military campaign east of the Euphrates.

Turkish news website Yenidonem published the video recording on October 28, claiming that it is of “hot scenes from Operation Peace Spring, the Turkish forces bombs terrorists' positions east of the Euphrates.”

Verify-Sy Platform fact-checked the circulated footage, and found that it is an old, which does not show bombardment carried out by the opposition on positions of Assad's forces.

The oppositions factions launched Saturday the So Lose Not Heart battles against the Assad regime and allied militias, in which the opposition seized control of four villages located in Idlib’s southern countryside: Sruj, Establat, Rasm al-Ward, and Ejaz. The opposition, however, withdrew from the Ejaz village due to the intense aerial and artillery bombardment carried out by Assad's regime and Russia.