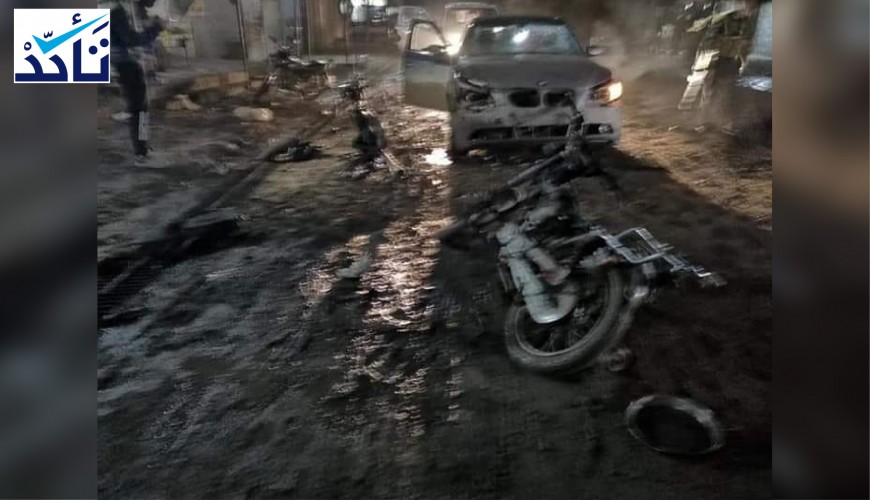 This Photo Isn’t of Motorcycle Explosion in North of Raqqa

A photo of a burning motorcycle next to a burning vehicle was circulated on Friday by a number of pages and profiles on Facebook. They claimed that it shows a motorcycle explosion at a checkpoint of the Turkish-backed Syrian National Army, also referred to as the National Army, in the north of Raqqa.

Tal Abyad Media Center posted the photo with a description that reads, “An explosive device hits a checkpoint of Erdogan’s gangs in the Hammam al-Turkman area of Raqqa’s countryside.”

Verify-Sy Platform fact-checked the circulated photo and found, after cross referencing with different local sources, that it is of a motorcycle explosion in the Abu Hamam village of Deir al-Zour’s countryside last Friday.

Local news sources from Deir al-Zour reported that two men, at least, were injured by a motorcycle bomb in the Kahawi street of the village of Abu Hamam east of Deiz al-Zour.

Of note, an explosive device hit close by a checkpoint of the Turkish-backed National Army in the village of Hammam al-Turkman in Raqqa’s northern countryside; no human casualties were reported.