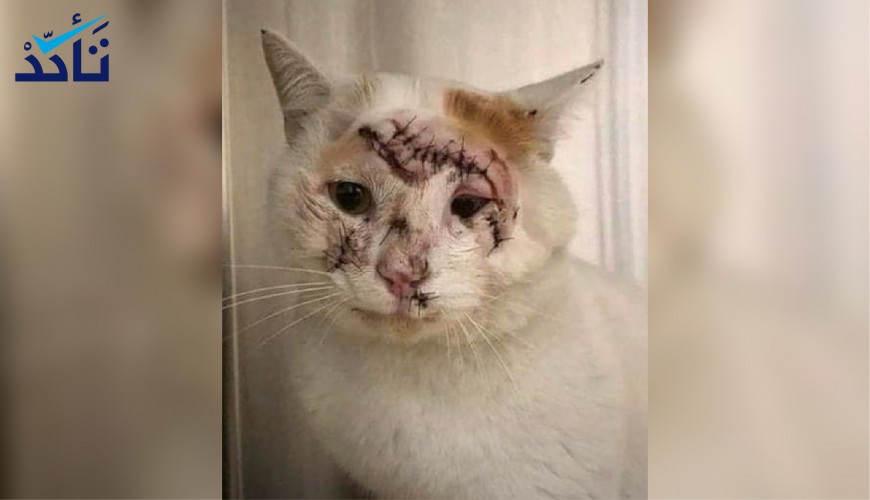 This Cat Isn’t Victim of Russian, Assad Attacks on Idlib

A photo of a cat who seems to be badly injured before they were stitched has gone viral on social media. It has been claimed that this cat was wounded by recent Assad and Russian airstrikes in Idlib.

A reverse image search found that the photo went viral on social media in mid-November, and was published by websites to alert drivers to the necessity of checking their cars before running them, because cats tend to hide under the hood because of extreme cold, which may result in their death or injury.

Also, the search results showed that a Facebook account with the name Cathryn Little, a U.S. woman interested in pets, was the first to post the photos of the injured cat in October 29. “It's getting cold outside. Please remember to bang on the hood or take a look before you start up the car,” she posted. “This cat was lucky and yes he is ok now.”

Verify-Sy Platform reached out to Little to inquire about the photos. She said the cat is called Superman, also known as Clark (after Clark Kent). He was injured in late 2018 in the Tracy city of California, U.S.

“He was inside a car sleeping on the engine when they started the car and drove away,” Little told Verify-Sy. “Another driver saw him clinging underneath the car as it drove down the road!” The injured Clark had received medical care, and Little then took care of him. He was later adopted.

The Syrian Civil Defense, also referred to as the White Helmets, along with Syrian activists documented several cases of killing or injuring of animals by the Assad attacks and its allies on areas out of their control over the course of the Syrian Revolution and war.