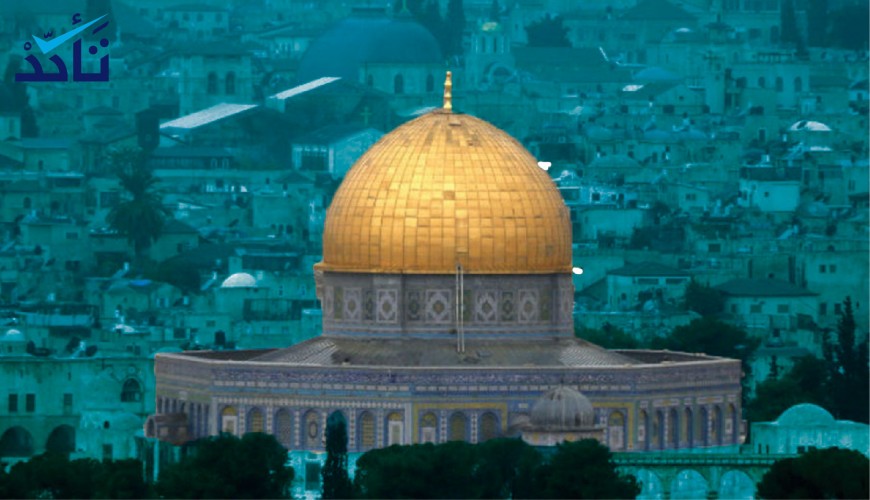 Several Facebook pages and profiles circulated news that 128 UN member states voted Monday, 23 December, in favor of a draft measure that affirms the “sovereignty of the Palestinian people over al-Quds.” It has been reported that the resolution would overturn U.S. President Donald Trump’s decision to name al-Quds (Jerusalem) the capital of the state of the Israeli occupation. 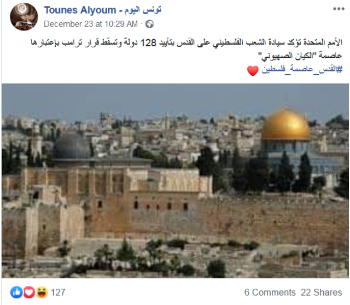 Verify-Sy Platform fact-checked the news, and found that the voting had taken place on 21 December, 2017, when the United Nations General Assembly passed a nonbinding resolution that declared Trump’s decision on al-Quds to name al-Quds the capital of the Israeli occupation state “null and void.

“We will remember (this day) when we are once again called upon to make the world’s largest contribution to the United Nations,” the then U.S. Ambassador to the U.N., Nikki Haley, said, in a veiled threat to the intergovernmental body and the countries that voted in support of the resolution. “And we will remember it when so many countries come calling on us, as they so often do, to pay even more and to use our influence for their benefit”

The resolution was passed with 128 states in favor, including traditional U.S. allies such as the U.K., France, and Germany. Nine countries voted against the resolution, and 35 abstained including Canada.

The U.S. escalation had sparked massive Palestinian demonstrations in which dozens of Palestinians were killed  by the Israeli occupation forces in the Gaza Strip.