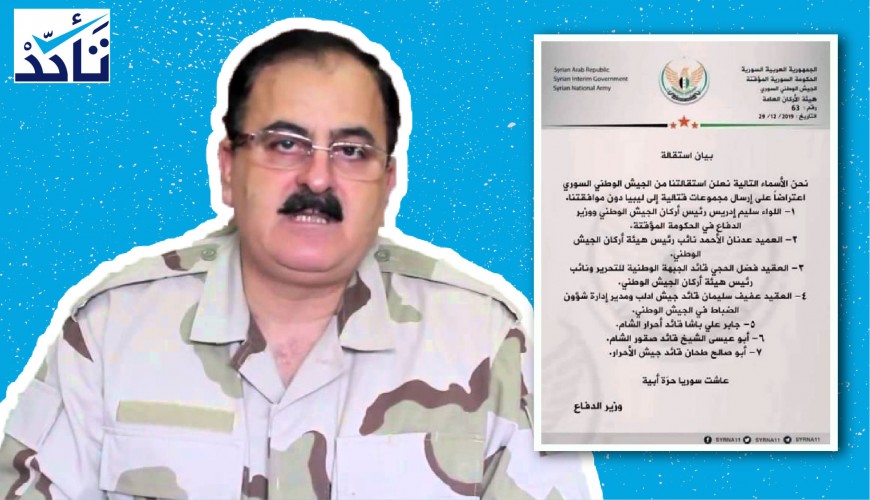 A statement attributed to the Free Syrian Army (FSA) has today been circulated on social media, in which a number of FSA leaders announced their resignation to protest sending groups of fighters from Syria to Libya without their permission, the statement has claimed. 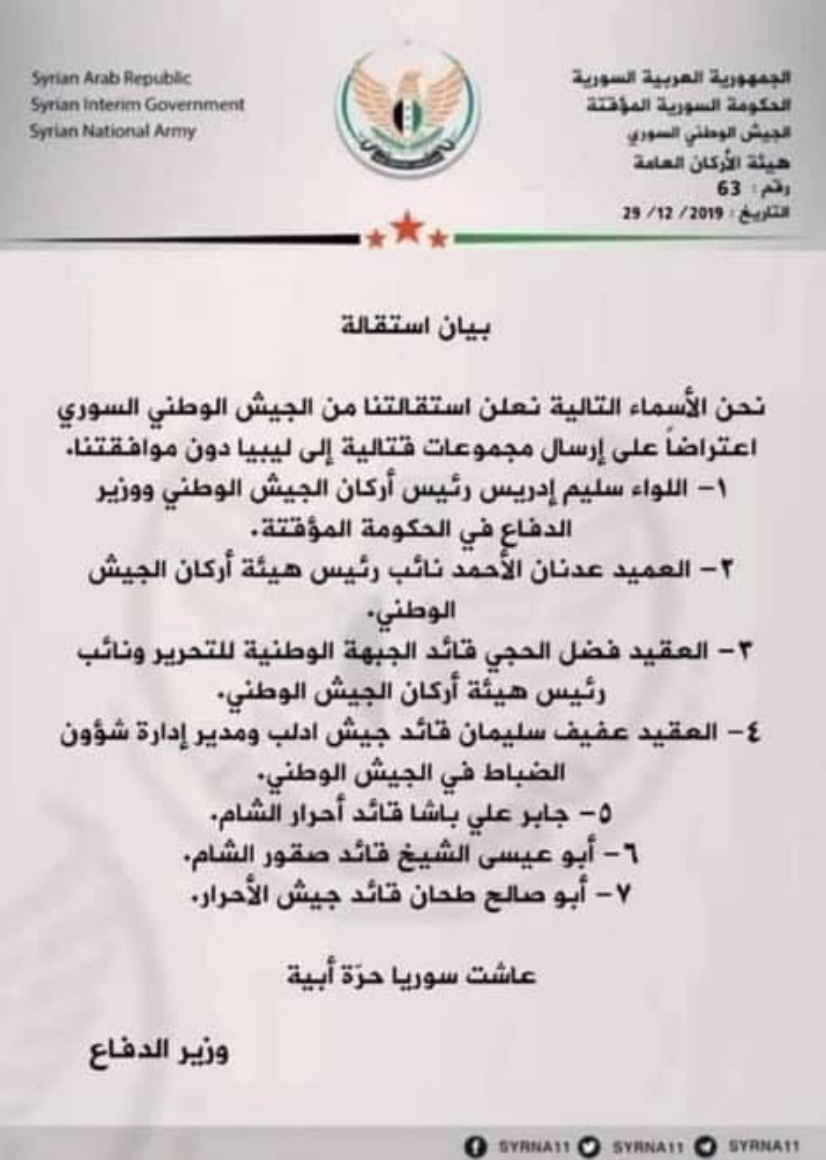 Souriat’s Facebook page has posted the statement in which 7 leaders of the FSA have allegedly announced their resignation, including Major General Saleem Idrees, the Defense Minister of the Syrian Opposition's Interim Government, Colonel Fadel al-Hajji, the commander of the National Liberation Front, and Colonel Afif Suliman, the commander of the Idlib Army, in addition to three commanders of factions of the National Army.

Verify-Sy Platform reached to Major General Idrees, the Defense Minister of the Interim Government; he denied the authenticity of the statement, affirming that it is faked.

Several media reports have accused the Syrian National Army of sending groups of fighters to fight alongside the al-Sarraj government in Libya at Turkey’s request, after a memorandum of understanding for military cooperation between the two parties had gone into effect.

The Ministry of Defense of Syrian Opposition’s Interim Government had denied the accusations before videos surfaced on social media that shows a number of fighters who speak dialects of the Syrian Arabic on the frontlines against Major General Khalifa Haftar’s forces called the Libyan National Army.