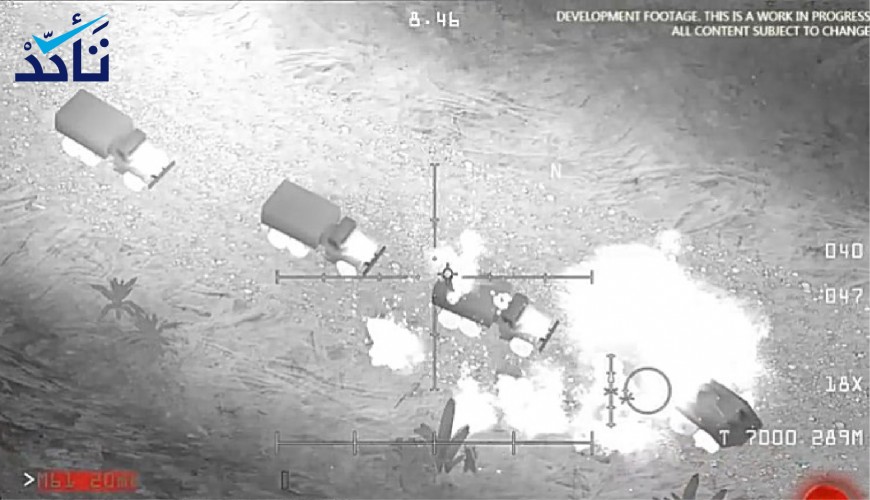 Some Tweeters have posted Wednesday footage of what seems to be fighter jets attacking a convoy of military vehicles, claiming that the warplanes belongs to the Turkish forces in Libya.

Libyan researcher Nu’man Ben Othman has posted the forage on Twitter. His tweet have been shared over 1300 times and has over 4700 likes. “The first Turkish military operation using lethal force against the enemy to support the Tripoli-based Libyan Government of National Accord,” Ben Othman posted. “The operation was carried out in the Sert area of operations.”

Verify-Sy Platform fact-checked the video, and found out that it is not real. In fact, it is a promotional video of the AC-130 video game. The game simulates the air combat operations that took place in 2011 when the Pentagon sent an AC-130 drone to provide aerial support for the U.S. troops near the Pakistan-India border.

In November 2017, Russia's Ministry of Defense posted the same clip on Twitter to promote its accusation of the U.S. of aiding ISIS. The ministry described the clip as “irrefutable proof” of the U.S. aiding ISIS “to promote the American interests in the Middle East.”