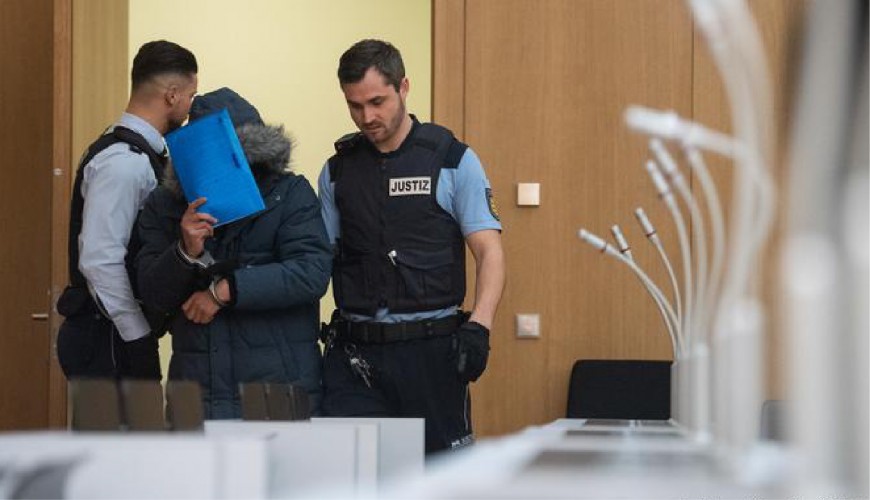 Several news websites and Facebook pages claimed Tuesday that a German court had sentenced a soldier of the Assad forces to life in prison. It has been claimed that the soldier led a group of the Assad forces, and that they executed 19 people, most of them were children in the city of Harasta of the Damascus suburbs in 2014.

The Step News Agency, a Syrian news platform, published a report titled, “German Court Gives Maximum Sentence to Syrian Who Took Part in Massacre in Syria,” claiming that a 31-year-old man named Abduljawad had murdered two people and contributed in killing 17 others during his time as a commander of a group of the Assad forces in Damascus. The agency pointed out that most of the victims were children, and that the alleged crime took place in the Harasta city, where the group had thrown the victims’ bodies in a dumping ground, citing the Deutsche Presse-Agentur (GmbH) and unnamed “German newspapers.”

The Syrian agency added that the court have explained that Abduljawad had committed five homicides at least, while the rest of the victims were either beaten or stabbed to death or by live bullets. The agency also claimed that three relatives of Abduljawad were found guilty of torturing protesters in the same case.

The alleged news spread quickly on news pages and personal accounts on Facebook.

Verify-Sy Platform fact-checked the claims and found that they are inaccurate, especially the claims that Abduljawad, the main convict, committed his crimes while serving at the Assad army.

According to German news website SWR, the man named Abduljawad has received a life sentence for commanding a jihadi group of Jabhat al-Nusra (Nusra Front)  and executing 19 pro-Assad regime people in the Tabka city of Raqqa in 2019. The High Regional Court in Stuttgart sentenced others to several years in prison, SWR reported.

In addition, DW reported that a German court sentenced Monday a 31-year-old Syrian man, ex-member of the Jihadi group Nusra Front, to life in prison for double homicide and accessory to 17 counts of murder at a dumping ground near the Tabka city “as part of a larger massacre in the area in 2013.”

“The victims were members of (the Assad) security forces and army personnel captured during the first years of the conflict,” DW added. “Three other defendants were also handed down prison sentences ranging from three to eight years. All four came to Germany as refugees.”