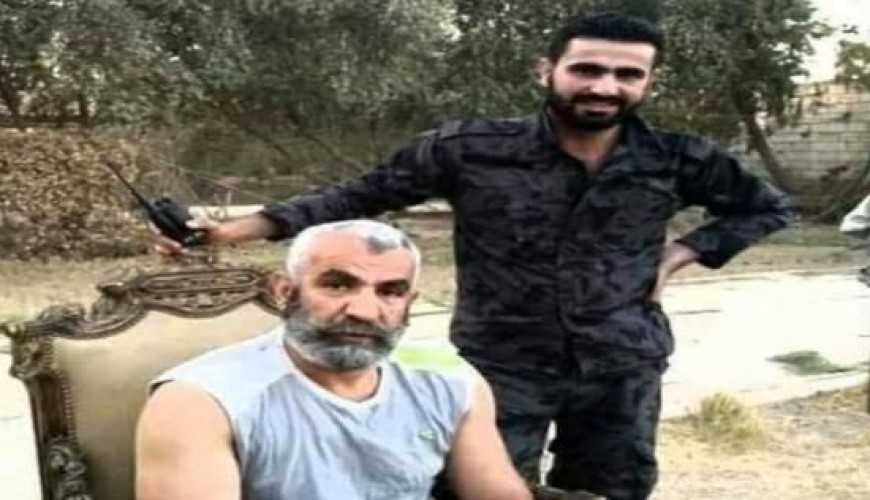 News websites and social media news users have reported Tuesday that Khaldoun Zahreddine, a soldier of the Syrian regime forces, was killed by a mine planted by ISIS in the desert of Deir al-Zour.

It has been claimed that the dead soldier was the son of Issam Zahreddine, a Major General of the Assad forces who was killed on October 18, 2017, by a mine explosion in Hwayjet Saqer of rural Deir al-Zour, according to the Assad regime’s media.

The news has been published by many news organizations including the Step News Agency. In addition, it has been shared by news groups - run by Syrian activists - as well as by media activists and politicians. A photo of both Issam and Khaldoun have also been shared in these reports. 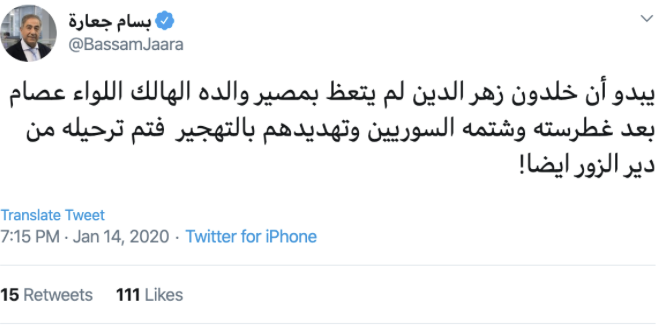 Verify-Sy Platform fact-checked the news, and found out that Issam Zahrelddine did not have a son called Khaldoun; he had one daughter and two sons, Yaroub and Haiel, both of them appear in this interview following the killing of their father.

Verify-Sy reached out to different sources at the city of al-Suwayda, all of them confirmed that the dead general had only two sons, Yaroub and Hayel.

Pro-Assad regime news pages mourned Khaldoun Zahreddine. Most of these Facebook pages have not claimed that Khaldoun was the son of Issam Zahreddine. 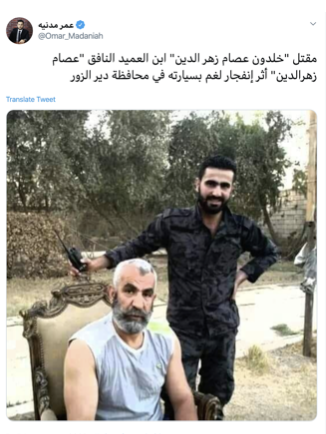 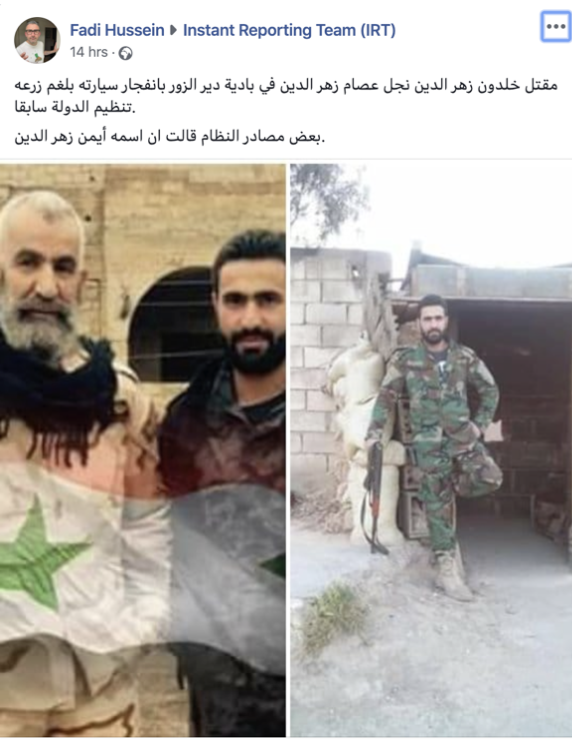