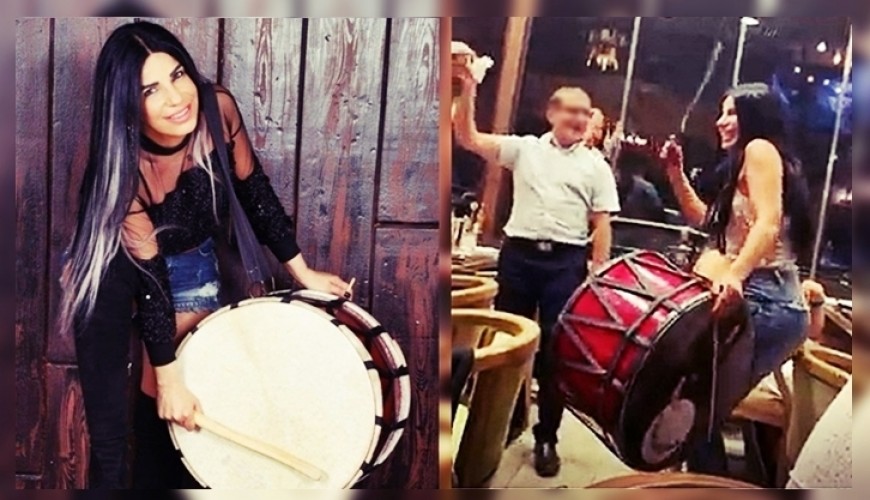 Footage of a woman playing the drum and dancing with a man to a Lebanese song has been circulated on Facebook and Twitter.

Twitter account @amalfaraj239 posted the video, claiming that the woman appearing in the video is Lebanon’s Minister of Defence Zeina Akr Adra. In addition, a Facebook account named Fasseh Asfar posted the same video with the same claim, adding that the man dancing with her is Lebanon’s Ambassador to the U.S.

Verify-Sy Platform fact-checked the claims, and found that the woman playing the drum is Lebanese drummer Christina Eid. In addition, we found that the man dancing next to her is not Lebanon’s Ambassador to the U.S. Ghabi Issa.