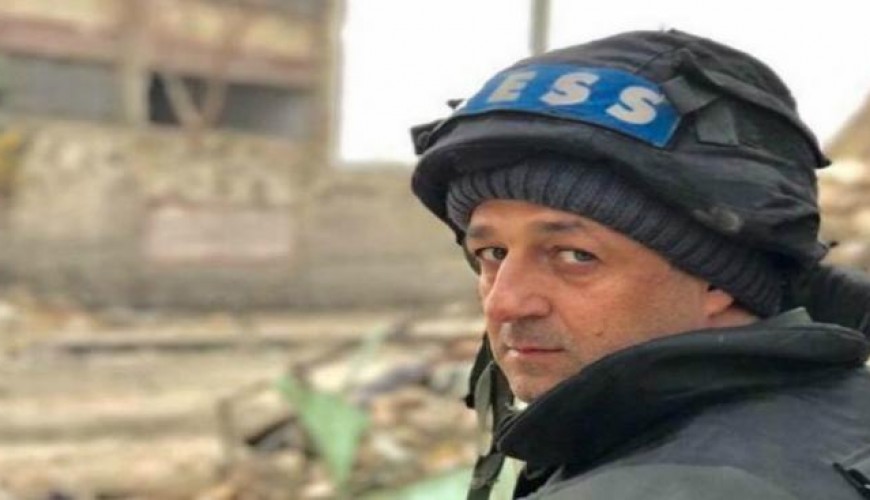 Social media users and news pages have claimed Thursday that contact with Hussein Murtada, reporter for Assad’s state-run TV Channel Al-Ikhbaria Syria, have been lost after Syrian opposition factions had retaliated against Russian-backed regime forces in rural Idlib, where Murtada had been making a video news report.

Verify-Sy Platform traced the origins of the news and found that a Telegram channel named “Abdulghani Garouh,” a reporter for the Pro-Assad Damascus-based Sama TV channel, has posted the news Thursday, February 6, 2020.

The Telegram channel, which has over 12,000 subscribers, said that there is “unverified news that claims that our colleague Hussein Murtada, reporter for Al-Ikhbaria Syria, has been captured by terrorist groups in the town of Dadikh. Our colleague media professional Hussein Murtada was reporting from the town. It was an abrupt terror attack. Until now, we do not have any further information.”

Our platform would like to draw the attention of our readers that the Telegram channel is faked and falsely attributed to SAMA reporter Abdulghani Garouh.

Murtada has just denied that he was captured. “The claims that I was captured by (Jabhat al-Nusra) are just rumours and attempts to boost terrorists' morale amid the Syrian Arab Army’s attacks,” he tweeted.