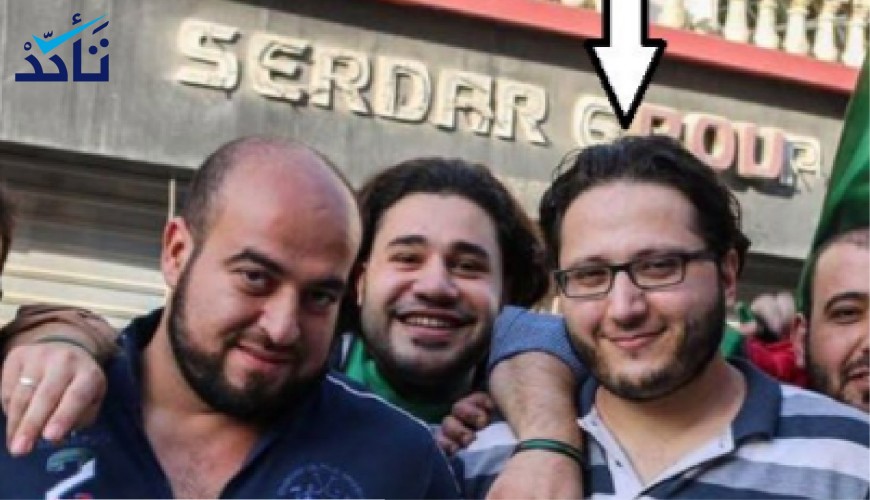 Did One of Protagonists of For Sama Film Appear in Photo with Combatant who Beheaded Palestinian Captive in Aleppo?

Tweeter @walid970721 has tweeted on Tuesday, Feb. 7, four photos along with a description of the photos. “Walid” has claimed the first photo shows “Hamza Al Kateab wearing a tuxedo at BAFTA,” while in the second photo al-Khateeb appears with “child beheader Maayouf Abu Bahr,” adding that the third photo also shows “Hamza again with Maayouf,” while the fourth one shows “Maayouf & Friends before they beheaded 12 yr old Abdallah Issa.”

What are the four photos that were posted by “Walid” on Twitter?

In the second photo, Dr. al-Khateeb appears with a former commander at the Nour al-Din al-Zenki Movement of the armed opposition, Mayouf Abu Bahr, along with another person. “Child Beheader Maayouf Abu Bahr” is written on Abu Bahr’s photo

Similarly, the third photo shows both Dr. al-Khateeb and Abu Bahr along with a group of people in the background.

In addition, the fourth photo shows Abu Bahr with other members of the U.S.-backed opposition faction Nour al-Din al-Zenki Movement, shortly before one of those who appear in the photo committed the beheading of Abdullah al-Issa, a captive of the Palestinian Liwaa al-Quds, or the al-Quds Brigade of the Assad regime. Al-Issa was captured by the opposition during battles in the Handarat area in northern Aleppo.

Besides, Mustafa Bali, Director of the Syrian Democratic Forces’ Media Office, posted other photos on his Twitter account, which were retweeted over 250 times. In one of the photos,  Dr. al-Khateeb appears with Molhad Ekidi, a commander at the Aleppo City Brigade. Bali claimed that Hamza al-Khateeb is a member of the Nour al-Din al-Zenki Movement “which committed war crimes and has close links to al-Qaida,” adding that al-Kahtib appeard in a video “with his friends beheading a palestinian child Abdullah issa in Aleppo.”

What is the false information in these tweets?

In the second and third photo, Dr. Hamza al-Khateeb did not pose with Mateen Abu Ahmad - the combatant who committed the crime of beheading the captive, Abdullah al-Issa, who was a member of the pro-Assad Palestinian al-Quds Brigade in July 2016. In fact, Dr. al-Khateeb appears with Mohammad Mayouf Abu Bahr, a former commander at the opposition armed-group Nour al-Din al-Zenki Movement. Mayouf participated in capturing al-Issa, and appeared in a video with the captive saying, “No men left in the al-Quds Brigade, so now they are sending children.” Abu Bahr did not appear in the video of the beheading crime.

Of note, Omar Salakho, the commander of the Islamic Aleppo City Brigade (Liwa halab al-Madina), supported the brutal execution, in a video that captured the shocking beheading, which was circulated among activists.

Amnesty International reported in July 2016, the same month in which the beheading crime was committed, that the Nour al-Din al-Zenki Movement has committed war crimes including abductions and torture.

In August 2016, @walid970721 posted false information on the beheading incident, claiming that a commander and a combatant of the Nour al-Din al-Zenki Movement are the ones who committed the crime. Verify-Sy Platform published a fact-checking material at the time.

Besides, contrary to the claims of Mustafa Bali, the director of the Syrian Democratic Forces’ Media Office, Dr. Hamza al-Khateeb is not a member of the Nour al-Din al-Zenki Movement. Bali did not provide evidence to support his claim. Verify-Sy Platform reached out to Bali for comment but has not yet received a response.

Dr. Hamza al-Khateeb was the Director of the Al-Quds Hospital in the al-Sukkari neighborhood of Aleppo. The Russian-backed Assad regime bombed the hospital and put it out of service in April 2016. Al-Sukkari neighborhood was under the control of the opposition armed factions until December 2016. Dr. Al-Khateeb is one of the protagonists of Syrian documentary For Sama, which won multiple awards and was nominated for an Oscar at the 92nd Academy Awards in the Best Documentary Feature category; the award went to “American Factory,” a film directed by Julia Reichert and Steven Bognar.