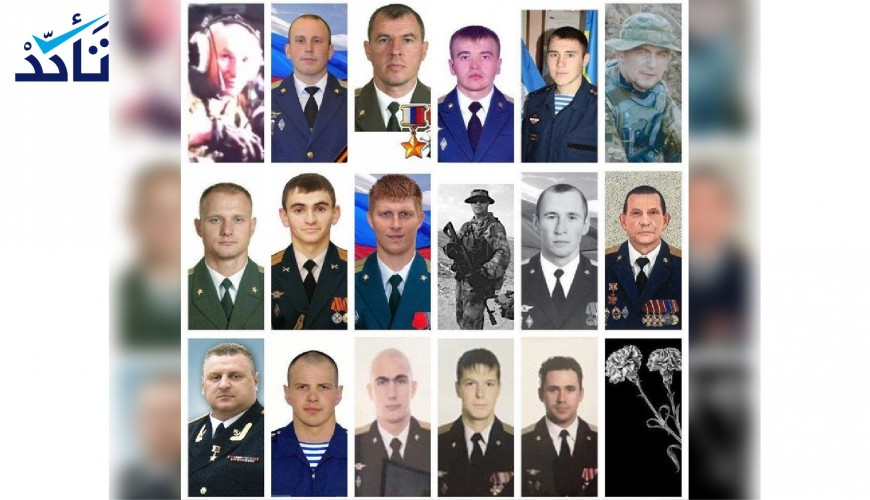 An image which contains 17 portraits of Russian soldiers has gone viral on social media. It has been claimed that they were killed in recent battles in Idlib between the Russian-backed Assad regime and the Turkish-backed opposition factions.

A Twitter account named “Turkey News Agency,” an unofficial news agency, has shared the image with a text that reads, “Russian news agencies publish photos of 17 Russian soldiers and officers killed today in Syria’s Idlib.” Also, Syrian media professional Mousa al-Omar has posted the photo accompanied with a sarcastic tweet that they were killed in battles of Idlib.

Most of the killed men are Russian army personnel, but all of them weren't recently killed in Idlib

Verify-Sy Platform traced each photo using Yandex’s reverse image search tool. We found that all the army personnel in the above-mentioned image had been killed in a variety of places and times, but not in the recent battles of rural Idlib between the Assad regime forces and the Turkish-backed opposition factions.

In April 2019, tweeter @RALee85 posted the same image of the killed Russians in addition to tweeting different photos of them in his Twitter thread. He said that nine of these soldiers had been killed in Syria in 2015, 2016, and 2019, while two others had been possibly killed in the Republic of Dagestan. He added that the place where the rest had been killed had not been identified as well as a number of those appearing in the photo. @RALee85 says he is a PhD student focused on the Russian defense policy.

At least 33 Turkish troops were killed in an attack in rural Idlib on Feb.27. Verify-Sy Platform has not spotted any statement indicating that Russian soldiers had been killed in the recent battles in Idlib.