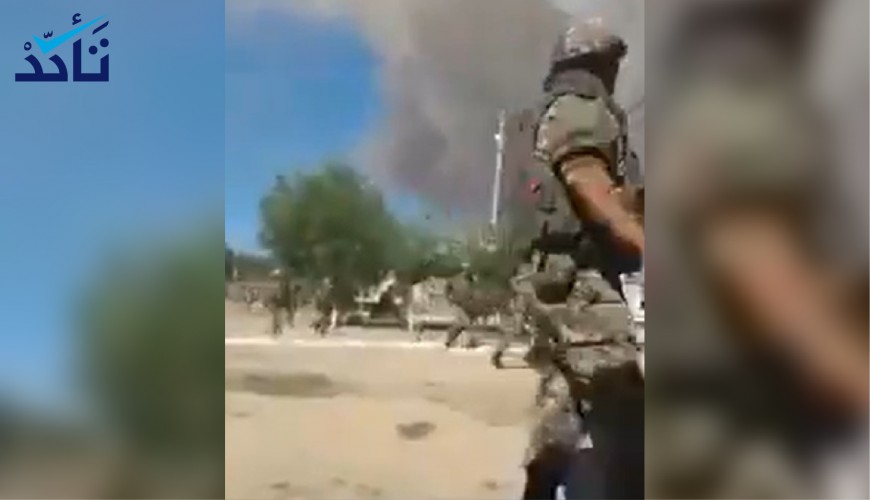 Social media news pages and accounts have circulated footage on Mar. 4, 2019, that shows armed men dressed in military uniform fleeing as smoke billows up from buildings behind them.

The footage has been widely shared by Syrians and those interested in the Syrian situation under two contradicting narratives. Anti-Assad dissidents have claimed the footage shows Russian troops fleeing after a military position of the Assad regime was hit by Turkey’s air force, while Assad loyalists have claimed it shows Turkish troops fleeing after being hit by the Assad forces.

But what does this video actually show?

Verify-Sy Platform traced the origin of the video to get accurate information and found out that both of the narratives are false. The video, in fact, shows an explosion that rocked an ammunition depot at an army base in Kazakhstan last year.

The footage was filmed by a person who was near the base in mid-2019. It was posted by Liveuamap on Twitter on Jun. 24, 2019. Kazakhstani authorities at the time had to evacuate the residents of Arys in Turkistan Region.