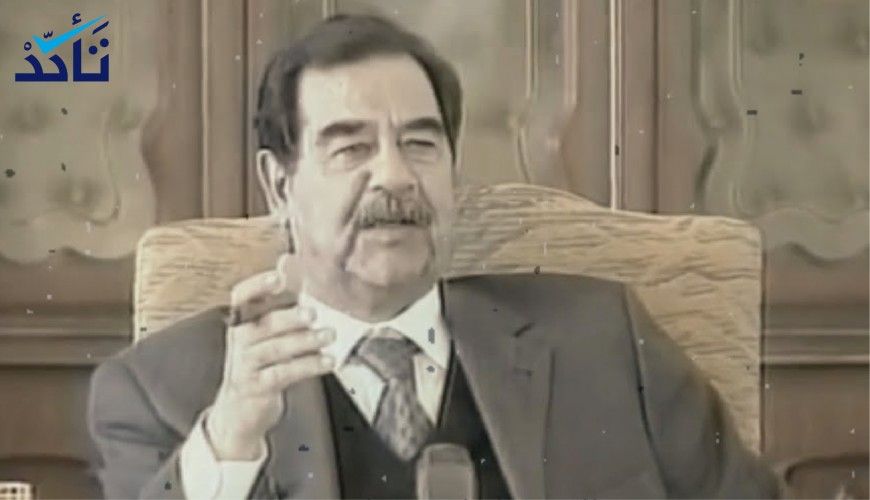 Did Saddam Hussein Talk about Coronavirus?

Footage in which Saddam Hussein appears with Iraqi military officers have been circulated on social media with headlines and comments suggesting that Saddam Hussein talked about the novel coronavirus decades ago.

The misinformation about the viral footage is related to the voiceover, which was fabricated in a way that suggests the former Iraqi president had talked about Covid-19. A page named “Amjad,” an Arabic name, has posted the video with a text that reads, “Saddam Hussein mentions the coronavirus decades ago. God bless your soul the eagle of the Arabs ❤.” This post has gone viral with tens of thousands of reactions and thousands of comments a week after it had been published. Click here to view an archived link of the original post.

Tweeter @Ijazbhuttaa, which tweets in Urdu, has also posted the footage with a text that reads, “Saddam Hussein at a meeting in the nineties said the U.S. had threatened to attack Iraq with the coronavirus.” The tweet has been shared over 430 times after 3 days of being posted. Click here to view an archived link of the original tweet.

How was the voice fabricated? What was the meeting about?

After conducting a quick check, we found that the original voice had been replaced by using a video editor. The original footage shows the former Iraqi President Saddam Hussein at a meeting with his military advisors after the U.S. declared war on Iraq in 2003. Hussein appears attempting to raise their morale. Also, one of the attendants expressed his belief that Iraqis will triumph over “the American technology.” The Associated Press (AP) published the video on July 21, 2015, with a description that doesn’t specify when the meeting was conducted or its whereabouts.