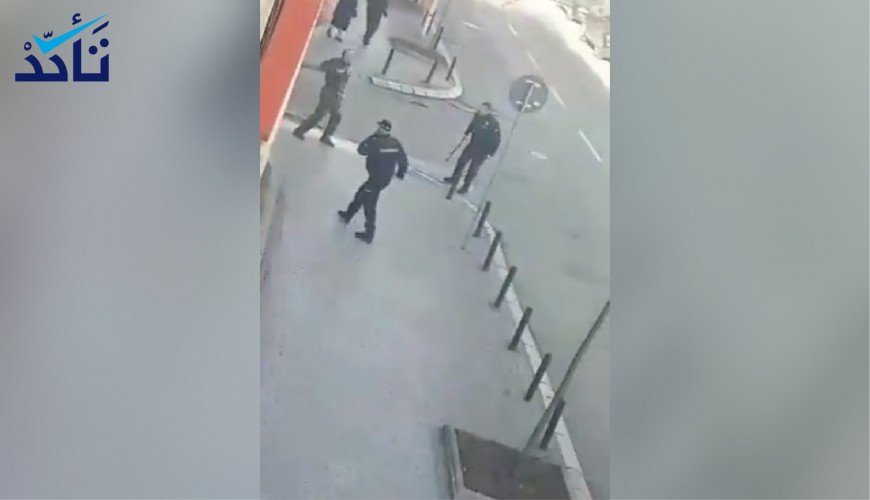 A number of social media pages and profiles have circulated footage of a man carrying a knife on the street while two men dressed in police uniform were trying to calm him down. The man then stabs himself in the neck and falls on the ground.

It’s been claimed that the footage shows a Russian officer who killed himself to prevent police from putting him under quarantine after getting infected with Covid-19, without providing any further information on when or where the incident took place.

A member of Verify-Quickly group, a Facebook group created by Verify-Sy to help its followers to fact-check doubtful claims, has shared a link to a twitter profile which had posted the footage. Based on the member’s request, we have fact-checked the information to find that the claims are false.

Footage was taken in Serbia, not in Russia

An InVID reverse search conducted by Verify-Sy Platform, after splitting the footage into frames and using the suitable keywords, found that the incident had taken place in the Serbian city of Kragujevac on Jan. 10 when a man had committed suicide.

According to Kurir, the man had entered a shop and took groceries before he refused to settle the bill, threatening the cashier with a knife. As a result, locals had called the police who came to the spot and asked the man to drop the knife. The man refused and stabbed himself in the neck.

Several Bosnian and Macedonian websites reported on the incident. They all said the deceased man was suffering from psychological and mental disorders, which have have led him to commit suicide.