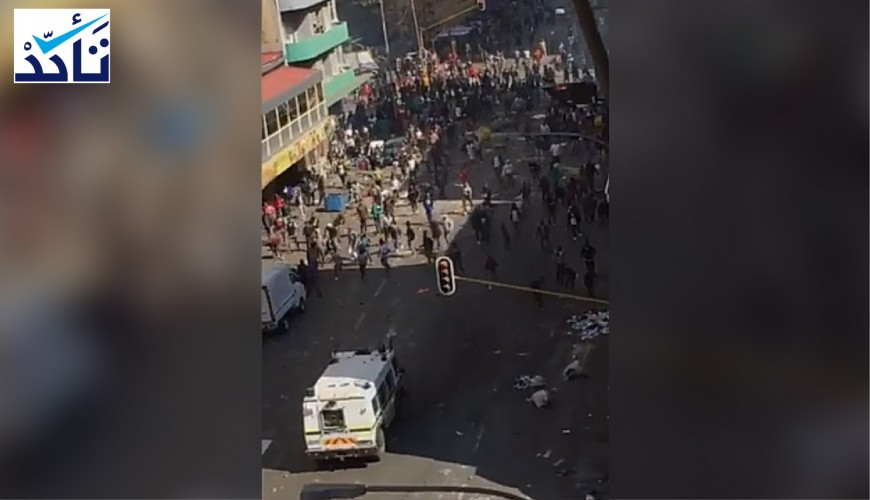 These Clashes Between Police, Protesters Didn’t Take Place in Turkey

Video footage of several police armoured vehicles surrounded by protesters pelting stones at it has been circulated on social media. It’s been claimed the incident took place in Turkey.

Tweeter @mbs_ruq has posted the video Monday April 13, 2020, with a text that reads, “The fall of the zionist Erdogan has started to be clear for the world. Riots and total chios are all over Turkey. I hope he will be killed by Kurds in revenge for their children and women.”

Verify-Sy Platform searched for the original video by using keywords and found that the video had been published on August 1, 2019 by a South African YouTube channel named “Multimedia LIVE” under the title “Protesters take on police in Johannesburg CBD.” It shows clashes between law enforcement officers and protesters in Johannesburg, South Africa, when police confiscated counterfeit goods from street vendors.