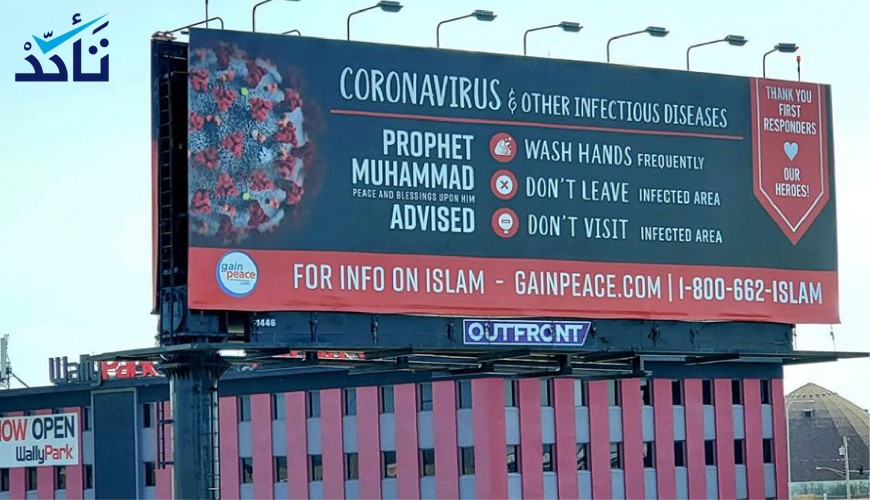 Clarification on Billboard in Chicago that Highlights Advice of Prophet Muhammad

News websites and social media pages have recently circulated a photo of a billboard in the United States of America that has highlighted a saying of Islam's prophet, Muhammad, about pandemics. 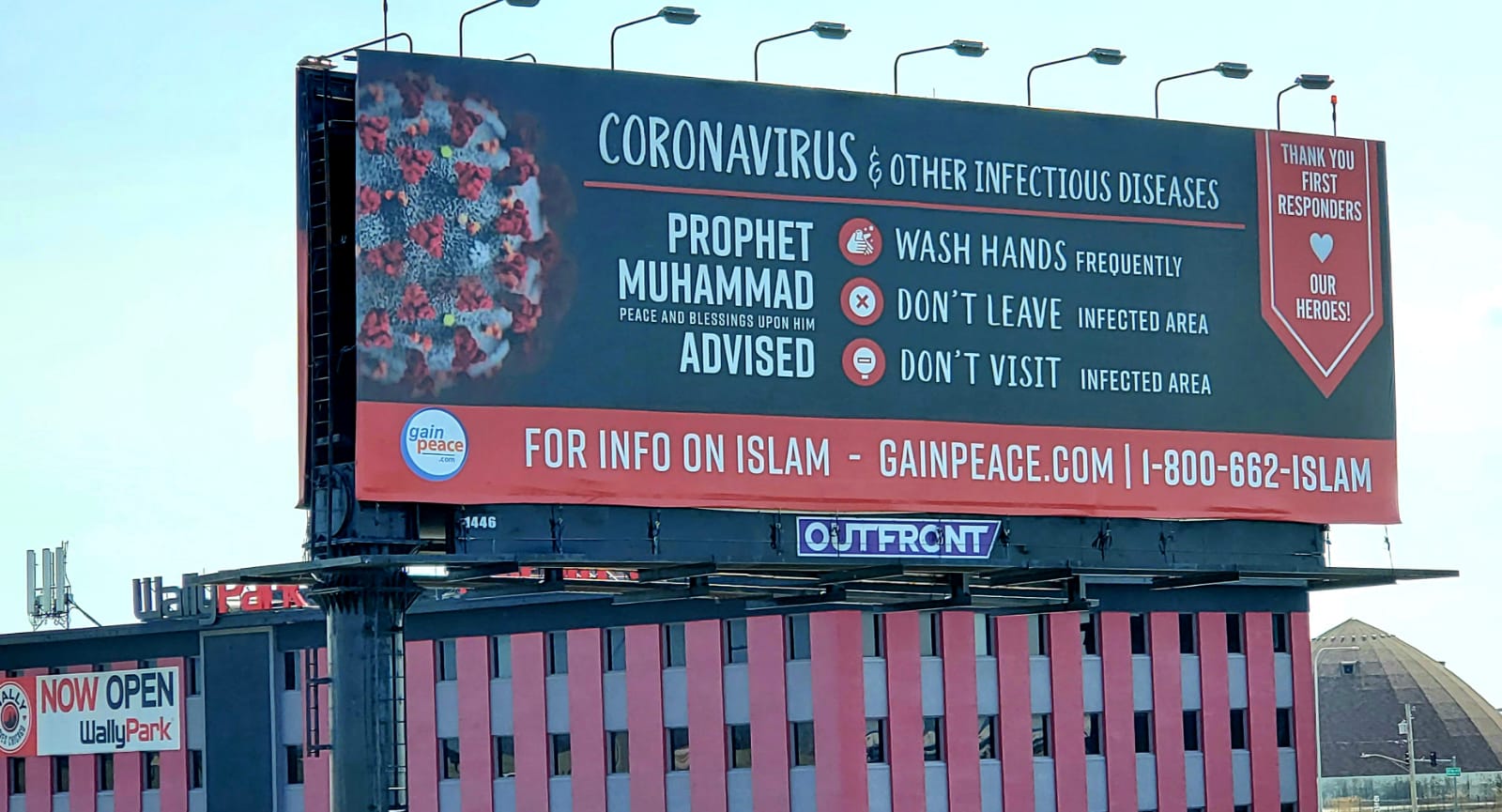 The title suggests an official or representative body at the state has sponsored the advertisement.

Sabah website reported Tuesday, April 21, about the billboard in a news report titled, “This photo is from the USA! Warning against the coronavirus with the hadith of Muhammad.” The report contains information on the Corona recorded infections in the USA.

Neither of the above-mentioned news outlets mentioned the sponsor(s) of the advertisement.

What is the story behind this ad?

Verify-Sy Platform fact-checked the claim and found the photo is genuine and had actually been taken in Chicago, IL. The photo was posted on April 18 by GainPeace, a religious, nonprofit organization which “educates the public about Islam.”

The organization’s phone number and website appear on the billboard, inviting the public to visit its website for more information about Islam.