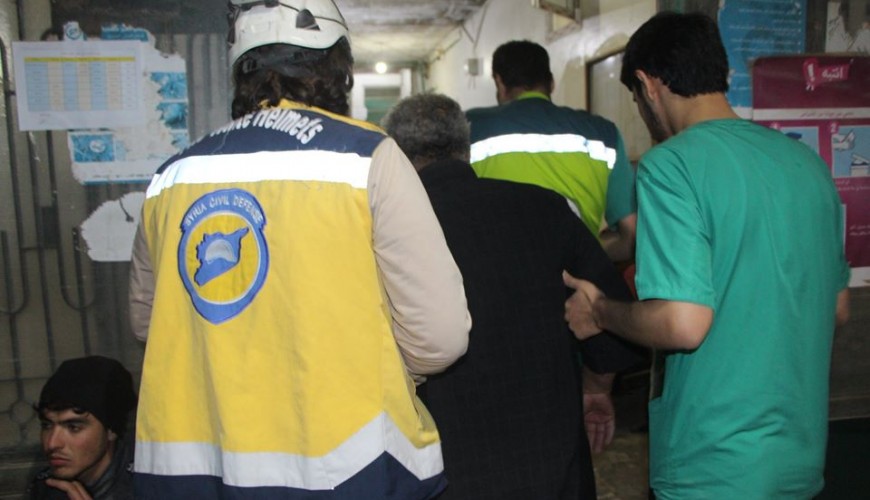 No Deaths due to Recent Food Poisoning Incident in Rural Idlib

Social media users and news pages claimed one child died and 55 other people were rushed to hospitals due to food poisoning in rural Idlib.

Facebook page @chok.gozaal posted Tuesday, May 12, a photo of a child captioned, “A child died in the Deir al-Hassan camp and 55 others got food poisoning in the Reayat al-Toufoula (Childhood Care) camp after getting meals provided by the Al-Sham Al-Shareef organization.”

Another page named “Syrian Documentation Center” said Monday a child had died due to food poisoning in the Deir al-Hassan camp and 10 others are in critical situations.

Dozens of IDPs at the Reayat al-Toufoula camp got food poisoning after having Iftar meals provided by a relief organization operating in rural Idlib. Iftar is the evening meal with which Muslims end their daily Ramadan fast at sunset.

According to Verify-Sy’s reporter in the area, the medical team of the Syrian Civil Defense, aka The White Helmets, had rushed the poisoned people to three hospitals in Atmeh, al-Dana, and Sarmada of rural Idlib, where medical care was provided and the patients were discharged after recovery.

The director of The White Helmets, Mustafa Haj Youssef, confirmed this information in a statement to Verify-Sy. He pointed out that they had documented 70 non-critical cases of poisoning, all of whom were admitted to hospitals and medical points in Atmeh, Bab al-Hawa, and al-Dana.

The White Helmets said yesterday 70 civilians, including 31 children and 21 women, were poisoned at the Reayat al-Toufoula camp, the Deir Hassan camps, rural idlib. The incident occurred due to providing Iftar meals that caused the food poisoning on Monday May 11, 2020, The White Helmets reported.