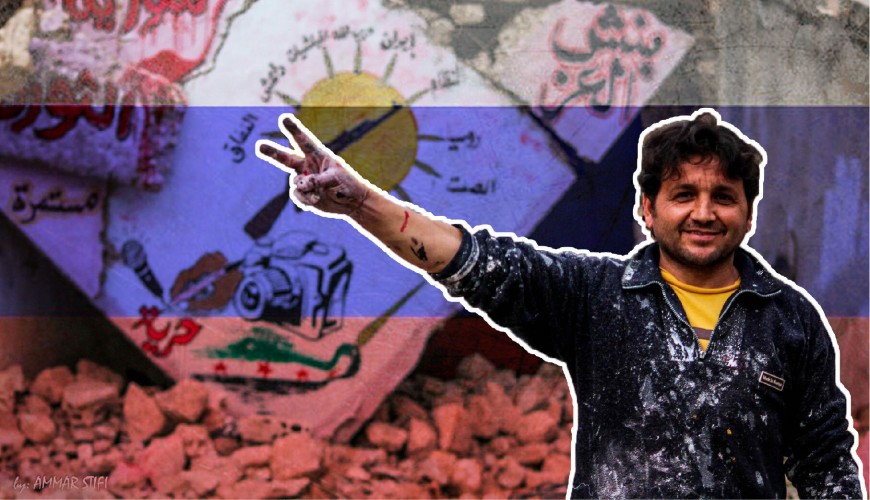 RT fabricated a news story about Syrian artist Aziz al-Asmar. It claimed al-Asmar said he doesn’t make revolutionary or political art. Al-Asmar and the photo/grapher whose work was used in RT’s report both said the alleged statements are fabricated.

RT published a news report Thursday, June 4, 2020, about a mural by Syrian artists Aziz al-Asmar and Anees Hamdoun in honor of George Floyd, a Black unarmed man who was murdered by U.S. police on May 26 in Minneapolis, Minnesota.

At 0:35 of RT’s report, the channel claimed al-Asmar “doesn’t make revolutionary or political paintings, he only focuses on social causes around the world.” 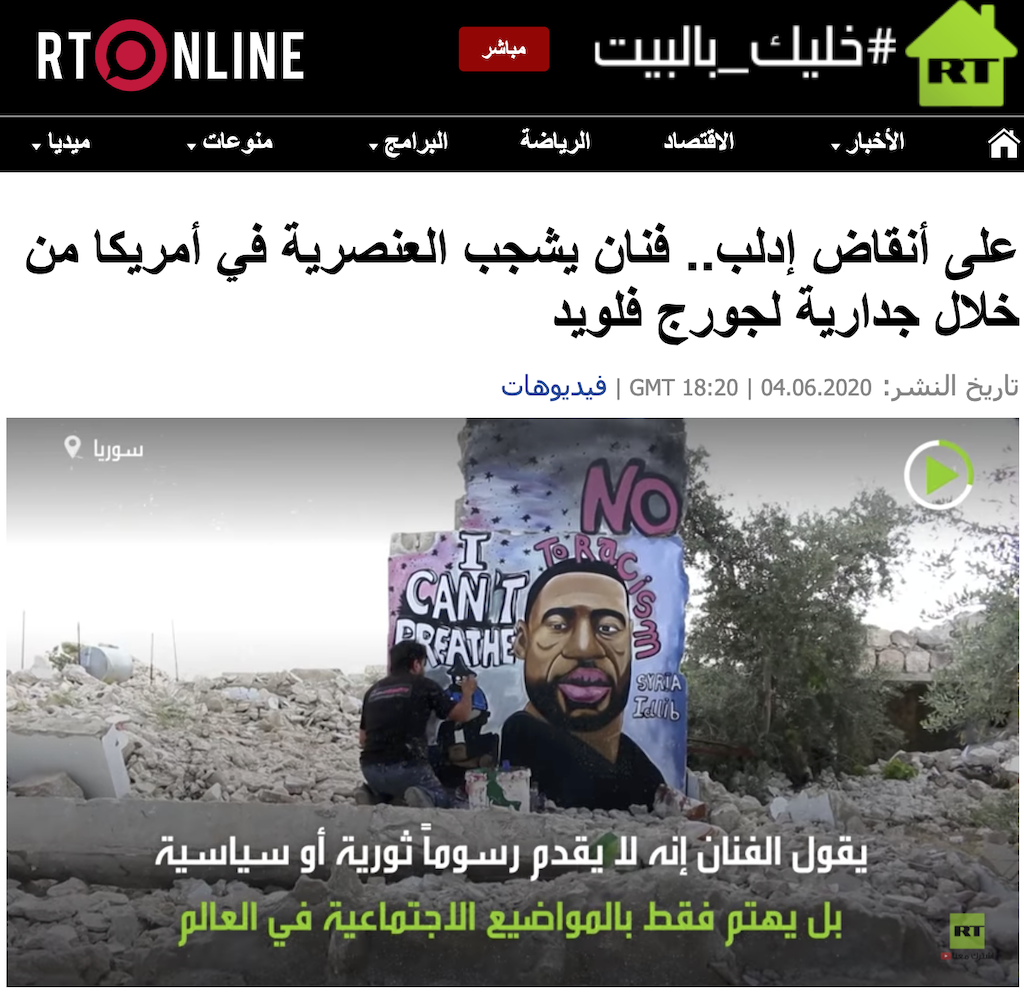 Verify-Sy received several requests to check the authenticity of the quotes attributed to painter Aziz al-Asmar by the pro-Assad news network. As a result, Verify-Sy reached out to al-Asmar, a resident of Bennish, Idlib.

The artist told Verify-Sy in a phone call on June 6 that he denies providing such statements to any media outlet. He added that he was shocked to learn about attributing these fabricated statements to him.

Al-Asmar pointed out that his paintings reflect his opinion on various social and political causes, and that his support of the Syrian Revolution is clearly visible in his art. Al-Asmar has painted over 500 murals, most of which are in the Idlib Province, as well as others in rural Hama. The dissident artist has denounced crimes committed by the Assad regime and its patrons, namely Iran and Russia, in murals painted in rural Idlib.

On the other hand, RT does not have reporters in areas not captured by the regime or its allies, but it contains visual materials from reporters of other media agencies. Verify-Sy reached out to the photo/grapher whose agency had sent photos of the mural to RT. The photo/grapher, who asked to remain anonymous, denied RT’s claims that Al-Asmar has made such statements. He affirmed that his employers had reached out to RT regarding the fabricated statements and, as a result, the pro-Assad Russian removed the report, without providing any public apology or clarification.

- RT fabricated statements and attributed them to Syrian artist Aziz al-Asmar. The statements suggest al-Asmar doesn’t make revolutionary or political art. The artist denied making such statements to RT or any other news agency, and the photo/grapher who captured the picture of the mural also affirmed al-Asmar didn’t make the statements.

- RT removed the report without issuing an apology or a clarification.