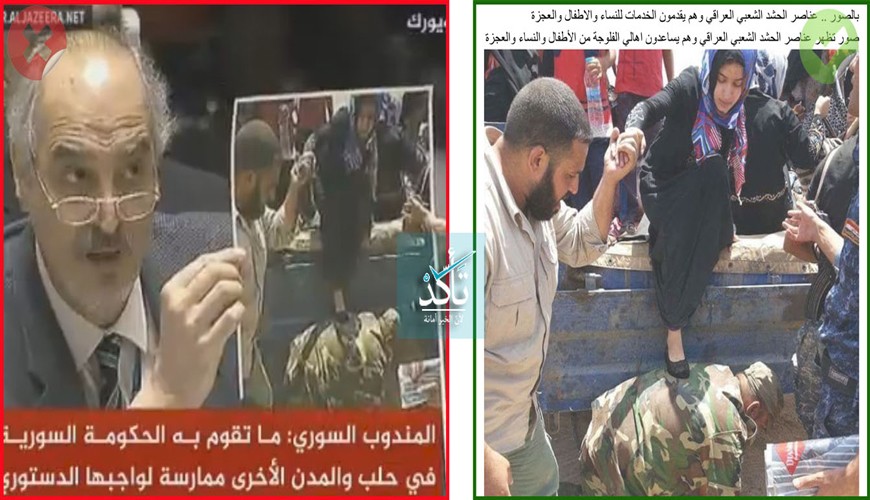 The Photo is for an Iraqi Soldier not a Syrian, Bashar Jaafari Mislead the Security Council with a Forged Photo

The Syrian regime representative in the United Nations, Bashar Jaafari, displayed at the Security Council emergency session, which was held today, a photo of a soldier kneeling, and a woman stepping on his back trying to get off a truck.

Jaafari said during his defence of the Assad regime that he is going to demonstrate some pictures illustrating "the Syrian army" role in Aleppo, and he showed a photo saying it was a Syrian soldier making a bridge from his back so that a displaced woman from eastern Aleppo can cross over.
However, the photo that was shown by AlJaafari, has been in fact published several months ago, different news websites published it last August stating that it is a Popular Mobilization Forces militia fighter in Iraq, in which according to those sites, the fighter is helping a woman from Fallujah getting down from a truck.