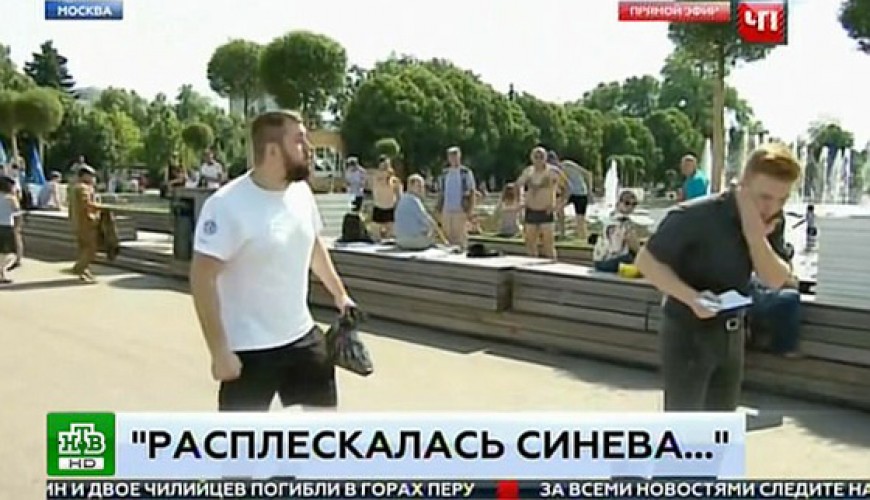 Translation in this video is not correct

Activists on social media shared a video showing the moment when a Russian reporter was assaulted on air by someone who looked like he’s drunk.

The video contain translation to Arabic for some of what the man who assaulted the reporter saying “get out of Syria, leave the Syrians alone”

Verify-Sy searched for the source of the translation and turns out it is not true, the man who assaulted the reporter didn’t say anything related to Syria.

According to Verify-Sy translation to the original video the man who assaulted the reporter was saying “we will take Ukraine” and a lot of swears to the reporter who was on air with one of Russian tv channels about army day in Russia.