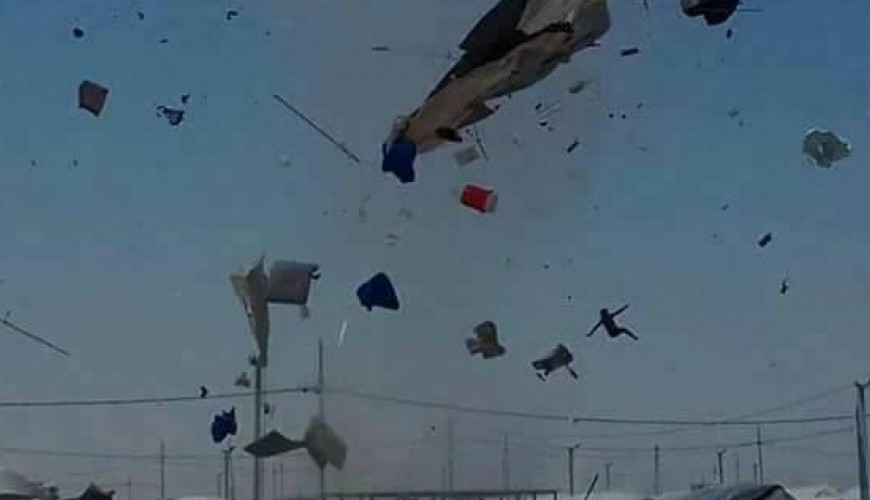 This storm hit a camp in Iraq not in Syria

Social media pages and personal accounts shared yesterday a video showing the destruction of tenets due to a storm hit a camp hosting refugees.

Verify-Sy searched for the source of this video which was published under the mentioned description and was widely shared in the past few hours and turns out it was shared on YouTube website since last Wednesday on 10/8/2017.

Publishers of the original video which is uploaded with high resolution said it was filmed in al-Salamyie camp in al-Baaj district near Iraqi city Mosul which contain Iraqi refugees.