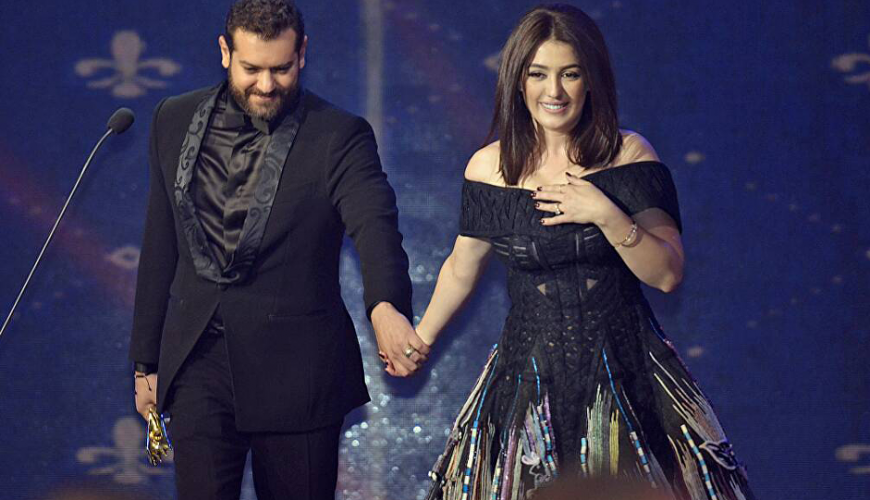 Kinda Alloush deny being arrested with her husband

Websites which shared the news said al-Jiza police arrested the couple when they were in front of a restaurant in al-Ajouza area after searching their car and discover cocaine and drug pills.

But Syrian actress Kinda Alloush denied these claims completely and said she is at her house in al-Jouna tourist compound in al-Gharda’a city on the Red Sea and her Egyptian husband Amro Youssef is in Cairo in a tweet on her personal Twitter account.

Amro Youssef appeared in a video in his Facebook page verifying what his wife said and threatens newspapers and journalists who shared fake news of law.

In the same context Egyptian website “al-Masrawi” shared a statement today by a source in al-Jiza police department denying the news about arresting Kinda Alloush and her husband Amro Youssef for drug possession.