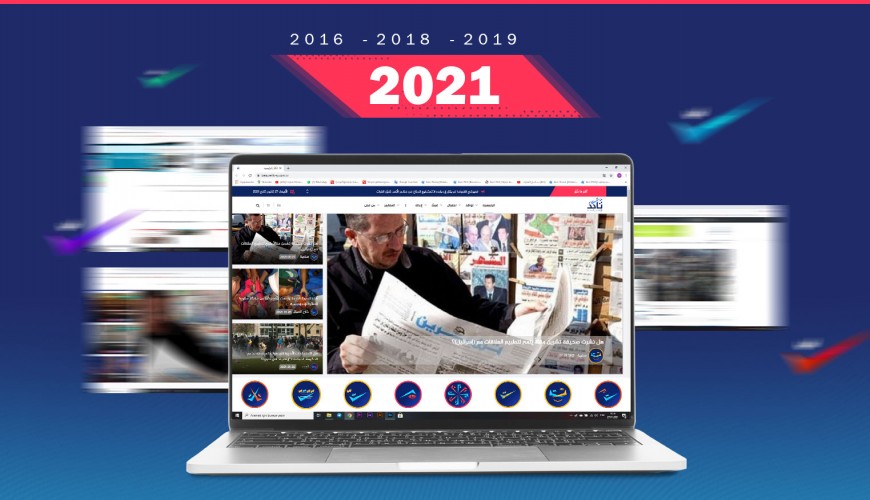 Verify-Sy platform was never an abstract journalistic project. Rather, it was and still is a being of a dream and blood, which emerged from a cry rejecting the falsification that afflicted everything in Syria, the state and government, the homeland and citizenship, the parties, the society and the officials. This forgery, that was strangling a nation and the people, whose distant goal was and still is to empty the human being of its humanity and turn it into a tool subjected to oppression.

From the very beginning in 2016, passing through the creation of the first site, then developing it again two years later, we have been and are still keen to find that magic recipe that combines “passion” and “professionalism” because verifying information is a new field of work and the floods of fake news especially on social media has increased, in good or bad faith, with individual dreamy haste and sometimes naive, or with the systematic direction of regimes and governments.

Accordingly, we were keen on a platform that made sure to understand the latest in this journalistic field, and we did not provide a curriculum that we did not see, or a lesson that we did not contemplate. We see similar experiences, but our first and main compass is our experience. This will always be the basis on which Verify-Sy, is the first Syrian fact-checking platform, stands on.

The accumulation of experience led us to a pivotal stage, which is nothing but a new beginning, not the end of the road. We worked on carving this experience into a simple, clear, comprehensive, tight, discreet, sophisticated methodology, and we do not claim perfection. Rather, it was necessary to start again to monitor its negatives and overcome them And we build on the pros.

A methodology has been developed on which to base our work, supported by integrated policies that include aspects of editing, correction and complaints, and we are working on a glossary that enhances our journalistic, linguistic and editorial terms.

The idea of ​​the new start is based on the fact that the methodology is removed from the shelves of theoretical information, and that this methodology becomes a practical approach, and accordingly we decided that our methodology should be our interface, and therefore the site was designed.

Our followers may be surprised by the terms and names, sections and classifications, and this is an adventure that was inevitable, based on the boldness of generalizing what should be circulated. False news is no longer consistent with a single classification, and it is not of the same bad or seriousness, and accordingly the classifications have been studied and placed after scrutiny in their seriousness And its consequences, in three main classifications, are fraud, tampering and confusion, and indicative colors were given to them, red, orange, and yellow, depending on the degree of their severity.

Expanding the participation of those observing our work falls within the framework of one of our constants based on the fact that spreading the culture of verification is a collective responsibility, and therefore our training programs are designed to accommodate as much as possible not only from journalists, but also from those working in areas affected by the amount of misinformation.

Based on the same standard, i.e. collective responsibility, Verify-Sy platform has designed an algorithm that classifies the sources that transmit misleading information, and also puts it in lists according to their seriousness, and we believe that this is the responsibility of all institutions concerned with verifying information, we rely on statistical information that puts this source or That is in the category of those who want it, not us, meaning that we are on a platform that confirms our biggest dreams that we never have to verify anything, and that credibility and high standards of verification prevail, because the media is primarily aimed at positive influence and enlightenment, not misleading and spreading false news.

This launch is considered a fourth birth that paves the way for subsequent births, as experience accumulates. However, the platform for the first and last work of the platform is our independence, but the lack of independence causes even more misleading and mistakes that are as much bad and dangerous as the misleading news. And accordingly, we are keen on this independence as if our existence is linked to it, despite the disastrous price paid in return, independence is permissible in our region which is bombed with all forms of entrenchment and line-up, and perhaps some of our audiences asked the question "Why was it confirmed?" and here we answer it.

The commitment to promote the facts fully and independently are two sides of the same coin which is freedom in the light of the spread of misinformation, disinformation and hate speech. This is our policy in Verify-Sy.