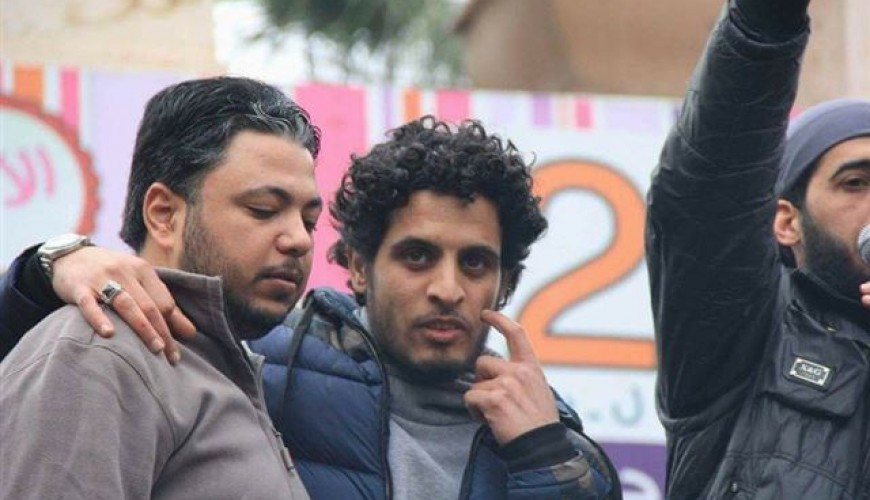 Verify-Sy would like to remind audience that al-Sarout is still alive according to sources close to him who denied
he was killed or injured in recent clashes in Hama countryside.

In December 2014 al-Sarout clarified in a video was uploaded on YouTube that the photo of him in grave clothes was for a video show and he was surprised it was published on social media.

On the other side Verify-Sy would like to remind that the page with the name “Sharif Shehada” who published the photo is fake and not managed by Sharif Shehada.