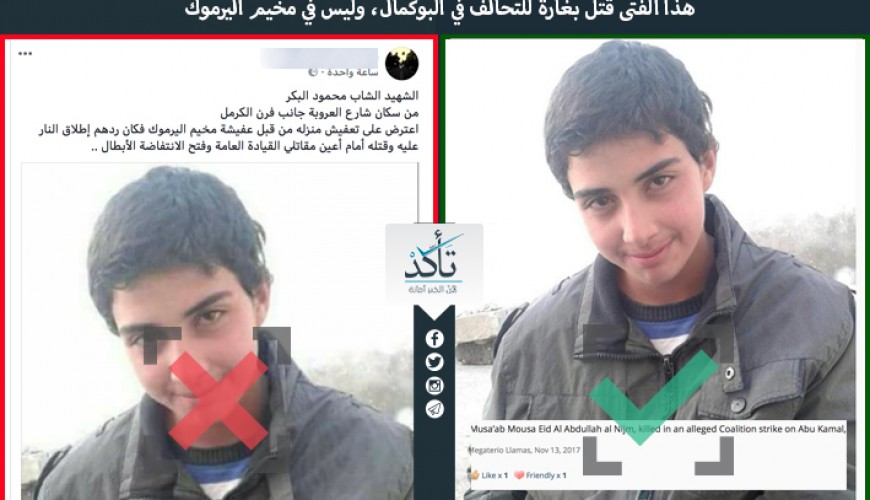 Social media pages and news websites shared a photo of a young man and said he is a Palestinian who was killed by Assad forces after he protested while they were looting his house in Yarmouk Camp.

Following a reverse-search conducted by Verify-Sy, it turns out this photo is of Mosab Mossa Eid al-Abdullah al-Najem who was killed in US-led coalition on Boukmal city in Deir Ezzor province on November 8 2017.

Social media pages shared news of the death of a young man called Mahmod al-Baker in Yarmouk Camp in south Damascus after he tried to stop “thugs” who were trying to loot his house in al-Oruba street before they shot him.